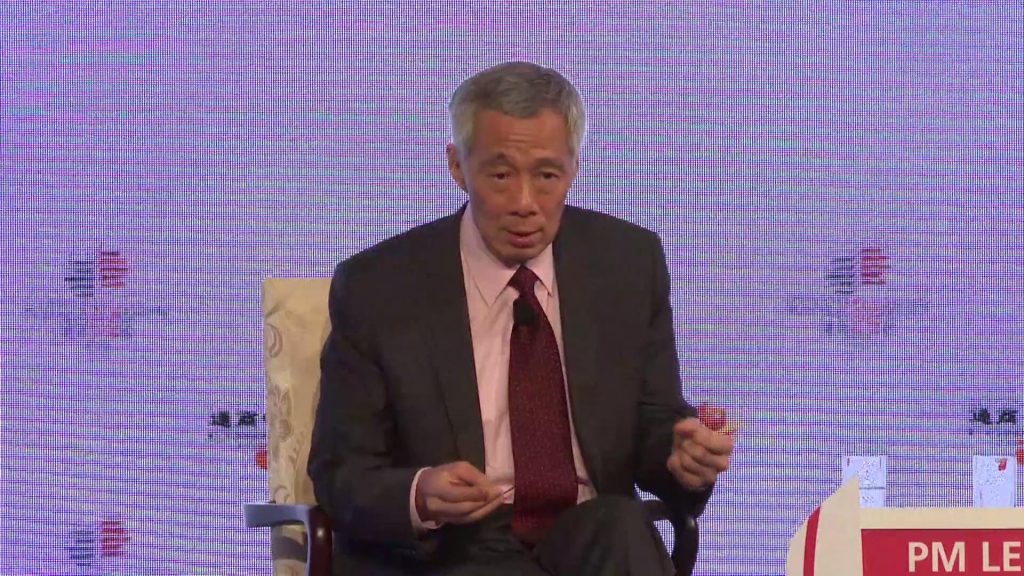 The growing importance of Asia in the world economy should not be a cause for worry, as Asia needs diverse partners and access to global markets to continue to prosper, Prime Minister Lee Hsien Loong has said.

Singapore’s world view is that there are opportunities around the world, which is why 16,000km and the Pacific Ocean are no impediment for cooperation with Mexico and the rest of Latin America, he added.

Speaking to 250 Mexican business leaders at a fireside chat here on Tuesday (Nov 19), Mr Lee was asked if the “Asian Century” would lead to an Eastern Bloc of countries, and how other countries would factor in this geopolitical shift of power.

The Asian Century refers to the projected 21st-century dominance of Asia in the world, the way the 20th century was seen as the American Century.

While the centre of gravity will continue to shift towards Asia, powered by the rise of China and India, Mr Lee said he does not see Asia becoming “the centre of the world”, as the region needs outside markets, cooperation, and technology in order to prosper.

“If it closes in on itself, and we just say ‘this is the Asian region, we are doing business with ourselves in Asia’, well you won’t starve, but I think you will miss out on many opportunities,” he said. “We will be the poorer for it, and so will be the world.”

Despite a recent surge in insularity, many countries still want to cooperate – not just bilaterally but in larger groupings – because they know cooperation is win-win, said Mr Lee. He cited the Comprehensive and Progressive Agreement for Trans-Pacific Partnership (CPTPP) mega trade deal to which both Mexico and Singapore are party to, and the Regional Comprehensive Economic Partnership (RCEP) that is poised to be signed in 2020.

In the absence of rules in the World Trade Organisation that would allow the world to move towards freer trade while accommodating more conservative countries, such willing groupings are the way forward, said Mr Lee.

“In your part of the world, you are doing the same: you have the Pacific Alliance with Columbia, Chile and Peru,” he said. “Singapore is negotiating a free trade agreement with the Pacific Alliance, and I hope we’ll be able to close it by the end of the year.”

China needs to shift into its new position of influence and heft without over-pressing its advantage, and in a way that leaves space for other countries to manoeuvre, he said. There is also understandable pride that it has grown strong and has stood up, and that it will not allow itself to be trodden upon again, he added.

“At the same time, you have to remind yourself neither will we do unto others what, unfortunately, we have suffered, and that is not a very easy line for any leader to take,” said Mr Lee.

For the US, the difficulty is in learning to relinquish its position as the number one economy in the world, and to choose to develop the relationship constructively, such as with new rules that will enable China to fit into the global system.

“But if the response is a defensive one, that this growth of a new player is a threat to America and we must make sure that they never become number one, and we must always be number one, I think that can only lead to a very troubled relationship, and it is an effort which cannot succeed,” he said.

From: The Strait Times