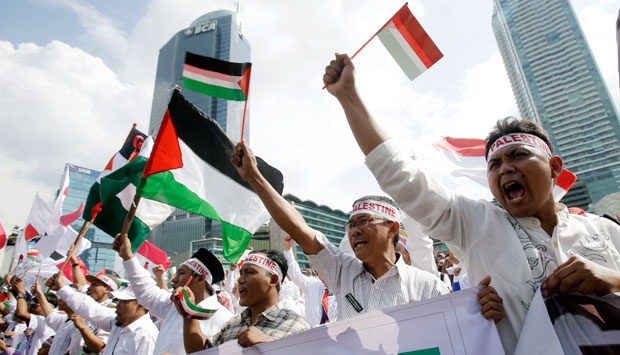 Indonesia has emphasized its position on the Palestine-Israel conflict by rejecting the United States (US) statement on Monday, November 18, which backs Israel to establish its settlement in the occupied Palestine region, West Bank. “We could not accept this because it contradicts international law, as well as all the resolutions of the United Nations Security Council (UNSC),” Retno Marsudi, Indonesia Foreign Affairs Minister, said in Jakarta, Tuesday.

Through a statement of US Secretary of State Mike Pompeo, the US is considered to have broken its stance over the past 40 years which believed that the establishment of Israeli settlements in Palestine land was inconsistent with international law.

“The establishment of Israeli civilian settlements is not, per se, inconsistent with international law,” Pompeo told reporters at the State Department, Reuters reported.

Further responses are currently being prepared by Indonesia from its position as a non-permanent member of the UNSC. “We are now contemplating the next measure we will be taking later concerning these bleak Palestine issues,” Marsudi stated.

The Palestine-Israel conflict is getting worse nowadays, she added, since some negotiable aspects were impaired by some parties, such as Australia and Honduras recognizing West Jerusalem as Israel’s capital.

“The issue of illegal settlements was stripped down, as well as other issues of Jerusalem and refugees. In the end, what else remains negotiable? This is what we are worried about,” Marsudi pointed out.