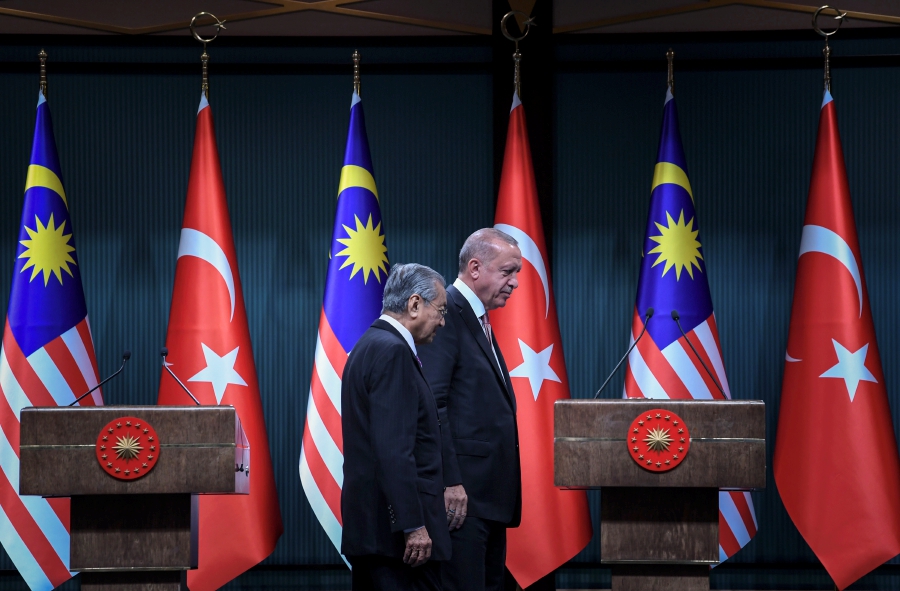 Malaysia is being practical with its efforts to address and resolve issues concerning the ummah via the Kuala Lumpur Summit 2019 next month.

This will be done through the involvement of only five countries, including Malaysia, to speak, debate and find resolutions to the problems faced by the Muslim world at the summit, said Prime Minister Tun Dr Mahathir Mohamad today.

“The other four participating countries are Qatar, Turkey, Pakistan and Indonesia.

“We are keeping (the participating Muslim countries) small so that it is manageable.

“If it is too big, things will be unmanageable and be at odds with each other, preventing us from formulating solutions (to address issues plaguing the ummah).

“Perhaps in the future, we hope more Muslim countries will join us (in the summit),” he said at the soft launch of the event today.

Dr Mahathir said while Muslims in the past had contributed so much to Islamic civilisation, the ummah now were in a worrying state.

“We have to know why Islam is being described as a religion of terrorism and why is there Islamophobia. There must be reasons behind this.

“We can only know the reason by getting scholars, leaders and thinkers to give their viewpoints and hopefully, by being able to identify the problems, there will be proposals to overcome them.

“Perhaps we can take the first step to help Muslims to recover their past glory,” he added.

Dr Mahathir, who is also the chairman of the summit, said emphasis would be placed on seven major themes; development and sovereignty; integrity and good governance; culture and identity; justice and freedom; peace, security and defence, trade and investment and technology and Internet governance.

The summit will be held from Dec 18 to 21 at the Kuala Lumpur Convention Centre.

With the theme “The Role of Development In Achieving National Sovereignty”, the summit will see the participation of 450 Muslim leaders, thinkers, intellectuals and scholars to discuss and provide their input on issues affecting the Muslim world.

It aims to revive Islamic civilisation, deliberate and find new and workable solutions for problems afflicting the Muslim world.

The summit also aims to contribute to the improvement of the state of affairs among Muslims and Muslim nations as well as to form a network between Islamic leaders, intellectuals, scholars and thinkers around the world.

On the issue of Palestine, Dr Mahathir said there must be focus to resolve the Palestinians’ plight which had plagued them for more than 70 years.

Focus, said the prime minister, must be coupled with strategy and planning.

The media partners of the KL Summit 2019 include Media Prima Bhd, AlJazeera and Astro.