East Asia and the world would benefit if China, Japan and South Korea work as one 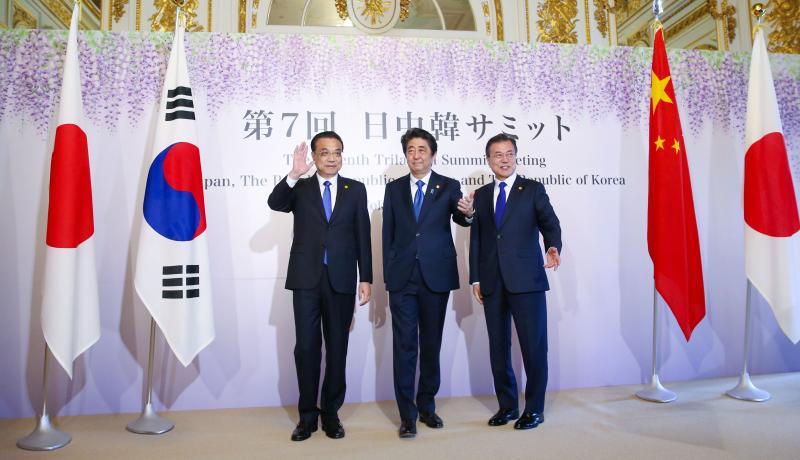 A flurry of high-level diplomacy between China, Japan and South Korea has created a positive atmosphere for an easing of tensions in East Asia. Beijing is planning a summit in Chengdu next month, hoping differences between Tokyo and Seoul over wartime compensation and trade can be overcome to bring leaders together. That all have just agreed with 12 other Asian nations to sign a regional free-trade accord next year and are working on a pact of their own gives the process impetus. President Xi Jinping’s anticipated state visit to Japan next spring furthers the optimistic outlook.

This is what the region needs amid challenging economic times brought on by United States President Donald Trump’s trade war against China. Free-trade agreements and multilateralism are the best way to combat the falling growth figures and uncertainty. Recent summitry in Bangkok of the Association of South East Asian Nations and its partners were a chance for leaders to meet and pledge cooperation. The Regional Comprehensive Economic Partnership to be signed by 15 countries next year was the highlight and will complement the free-trade areas envisaged between China and Asean, and China and Japan and South Korea.

The meetings prove a willingness to stave off Trump’s protectionism and unilateralism. Collectively, they pledged to push for efforts that “will significantly contribute to an open, inclusive and rules-based international trading system and value chains”. There was added importance in the talks on the sidelines between Premier Li Keqiang and Japanese Prime Minister Shinzo Abe, and the Japanese leader with South Korean President Moon Jae-in. They were evidence of warming ties between Beijing and Tokyo and a desire by Tokyo and Seoul to improve fraught relations.

A free-trade deal between China and Japan, the world’s second- and third-biggest economies, and South Korea, the 12th largest, would send a powerful message to the US. Together, they could be a driver of regional and global economic growth. But while trade, investment, development and culture can bring them together, they also have to overcome distrust and resentment, the baggage of decades of conflict during the 19th and first half of the 20th centuries. The trilateral summit, held on a rotating basis between the countries, but disrupted during times of historical and territorial conflict, is being sought by Beijing to give impetus to the negotiations. It could also help resolve the dispute between Tokyo and Seoul, which has affected Japanese exports to South Korea of hi-tech electronic components and tourism. Mending fences, working together and coordinating trade and development strategies would be highly beneficial for East Asia’s three economic giants. But it would also symbolise the importance of multilateralism.