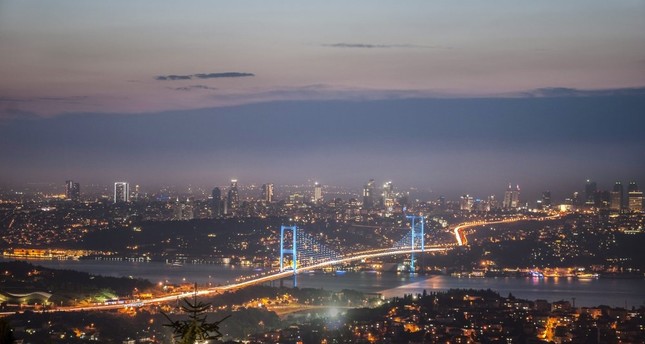 A top Malaysian businesswoman has expressed high hopes from the Istanbul Finance Center, an upcoming project that will add to the growing dominance of Turkey’s commercial capital.

The project, expected to to be completed as of early 2022, will serve as a global hub for financial systems and non-banking financial methods including Islamic finance.

Farah Jaafar-Crossby, CEO of Malaysia’s Labuan International Business and Financial Center, told Anadolu Agency in an interview that the Istanbul center could be a role model for Islamic finance because it sits in the middle of Asia, Europe and the Middle East

“In this globalized world, people forget that cultural affinity is still important. Istanbul sits in the middle of the confluence and has always been a center, it is only natural that it will succeed,” she said.

Islamic finance has grown tremendously over the last 20-30 years but in the last five years, there was a slight reduction, she noted.

“Corporates are still raising capital by an Islamic method. But I think on the personal side, the adoption may not be as ideal as we want it to be,” she said.

She added that digitalization helps adoption of Islamic finance and personal demand will change.

Touching on the global trade tensions, she said: “This whole East-West war allows us to stop idolizing the West.”

“It allows us to start doing business together, which we started 300-400 years ago, and the timing is perfect,” she added.

She also said that Asian countries can trade more with each other and understand each other better.

“Malaysia sits in an important role because it is one of the leading country within Asia,” she said.

She added: “We don’t need a global superpower, so called Western superpower. We do it ourselves.”