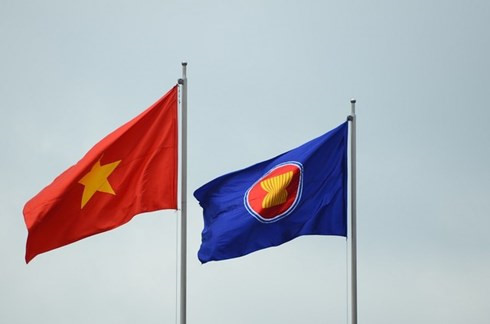 Vietnam wants ASEAN to unite in all aspects, from institutions to economy and human resources, which is very important for ASEAN to uphold its central role, said Deputy Foreign Minister and Head of SOM ASEAN Vietnam Nguyen Quoc Dung.

The diplomat recently granted an interview to the press on the country’s role and position in 2020, when Vietnam will serve the double roles of Chair of ASEAN and non-permanent member of the UN Security Council, which is both an honour and a heavy task.

According to Deputy FM Dung, the theme of Vietnam’s ASEAN Chairmanship Year 2020 is “Cohesive and Responsive,” which reflects Vietnam’s wish to have an ASEAN standing firmly against impacts of regional and international situations.

When uniting, ASEAN will share a common stance and interests, and respond in a consistent manner to regional and global issues, Dung said.

Asked about preparations for Vietnam’s ASEAN Chairmanship Year 2020, the Deputy FM said Vietnam will promote five priorities, first of all bringing into play ASEAN’s role and positive contribution in maintaining a peaceful, security and stable environment in the region.

The second priority is enhancing linkages and connectivity in the region, as well as adaptability to the Fourth Industrial Revolution; and promoting sustainable and inclusive growth in economics, finance and society based on innovation and the application of digital and new technologies.

The third priority is to promote the sense of community and ASEAN characteristics, create common values of ASEAN and popularize those values among ASEAN people, thus raising awareness of the ASEAN Community and the image of the community in the region and the world.

Fourthly, strengthening partnership relations for peace and sustainable development with countries, and increasing ASEAN’s role and contribution in the international community.

The fifth priority is to improving ASEAN apparatus’s adaptability and operation efficiency.

Deputy FM Dung noted that assuming two roles at the same time means more tasks but there are also some advantages. He pointed out that as ASEAN Chair, Vietnam can work for ASEAN consensus, thus adding more weight to its voice in the UN Security. Meanwhile, UN programmes and plans will be better implemented by ASEAN, and the bloc’s plans will be more aligned with the UN’s.

He added that as the situation now is very different from when Vietnam chaired the ASEAN for the first time in 2010, the country will face both new difficulties as well as have new advantages in the task.