56nations to give input at KL Summit 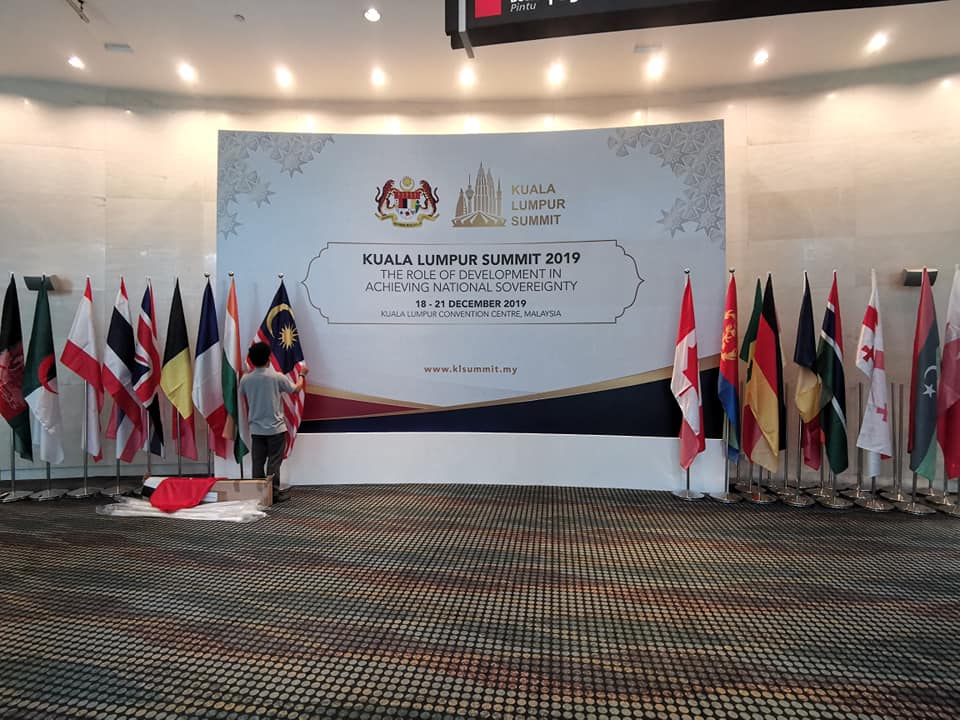 The stage is set for the convening of the Kuala Lumpur Summit (KL Summit) 2019, where the ummah’s state of affairs will come under the spotlight, with participants endeavouring to chart the way forward for the Muslim world.

All eyes will be on the proceedings at the Kuala Lumpur Convention Centre here, the venue for the four-day gathering that ends on Saturday.

It will be steered by Prime Minister and summit chairman Tun Dr Mahathir Mohamad, who is known for his vocal views on issues concerning the Muslim world.

Erdogan and Rouhani are already in town for the summit, while Sheikh Tamim is expected to arrive today.

Indonesia will be represented by its vice-president, Ma’ruf Amin, and Uzbekistan by its state adviser to the president, Rustam Kasimov.

With 450 delegates from 56 countries of the Muslim world present, issues such as Islamophobia, the incarceration of Muslims and mass migration of Muslims due to civil wars are expected to be highlighted.

Participants in the summit, themed “The Role of Development in Achieving National Sovereignty”, comprise thinkers, intellectuals, politicians and community leaders.

Discussions will be framed by seven thrusts, namely national development and sovereignty; integrity and good governance; culture and identity; justice and freedom; peace, security and defence; trade and investment; and technology and Internet governance.

In recognition of the importance of youth in the Muslim world, the summit’s inaugural youth edition, Youth KL Summit 2019, was held to discuss the role of youth in the development of Muslim countries.

The dialogues aimed to boost the wellbeing of youth via the education sector, catalysing digital economy, strengthening the future of youth in politics, gig economy and sustainability, adapting to the challenges of the 4th Industrial Revolution, and boosting integrity and transparency in ensuring good governance.

Resolutions of the Youth KL Summit will be presented to leaders of the KL Summit.

Close to 800 local and international media practitioners are expected to cover the KL Summit.