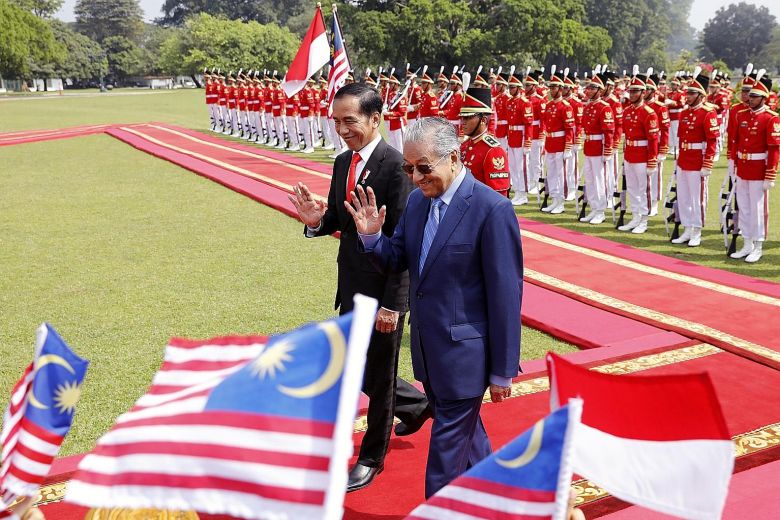 The curtain lifts on 2020, promising closer ties between Malaysia and Indonesia, with both countries aspiring to achieve the developed nation status by 2030 and 2045 respectively.

The close relationship between two top leaders, Prime Minister Tun Dr Mahathir Mohamad and President Joko Widodo, is certainly on a sound footing to serve the common interests of both countries in the new decade.

Indonesia’s plan to move its capital from Jakarta to Kalimantan will potentially spread prosperity to Sabah and Sarawak, too.

On Aug 26, 2019, Jokowi announced that the new capital of Indonesia would be moved to Kalimantan, or to be precise to Penajam Paser Utara and Kutai Kertanegara, covering an area of 180 hectares.

Work on the construction of the new capital is scheduled to begin this year (2020) and be completed by 2024.

Indonesia’s new capital should be seen as a great opportunity for Malaysia, particularly Sabah and Sarawak to jointly share the new economic opportunities.

Regarding the border, Malaysia and Indonesia will also renew the memorandum of understanding (MoU) in 2020 in respect to matters relating to security, control and cooperation in dealing with border crime issues.

During a visit by Home Minister Tan Sri Muhyiddin Yassin to Indonesia in December 2019, he met several Indonesian ministers, to discuss issues of mutual interest.

Among the agreements reached were the use of technologies such as drones to control the borders of Malaysia and Indonesia in the border areas of Kalimantan and Sabah as well as Sarawak, to address the issue of illegal immigrants and agreeing to establish a joint development area for the fishing industry in the area of overlapping territorial waters of both countries.

Basically, bilateral relations between the two countries are at an all-time high, with the close relationship between Dr Mahathir and Jokowi.

The visits demonstrated that nothing can stand in the way of bilateral relations, even the transboundary haze and clash between football fans of both countries during the 2022 World Cup and Asian Cup 2023 Qualifiers.

On the haze caused by forest and plantation fires in Indonesia that affected Malaysia in August and September last year, Indonesian National Disaster Management Agency chief Doni Monardo said Indonesia had done everything it could to address the issue including being persistent in carrying out fire-fighting operations, preventing and taking action against individuals or companies that knowingly conduct open burning.

The government of Indonesia has also expressed appreciation to Malaysia for helping the country in times of natural disasters.

On the football issue, quoting the secretary-general of the Indonesian Football Association, Ratu Tisha Destria, “We all know how great the Japanese football supporters are who cleaned up the stadium although their team lost in the World Cup 2018… but, when we lost even though it was only in the qualifying round, don’t talk about cleaning the garbage, instead even throwing it at the opponents … “.

Indonesian Ambassador to Malaysia, Rusdi Kirana, in an interview with Malaysian media in Aug 2019 said the two countries should set aside competing with each other as well as ignore trivial matters and should instead focus on becoming developed nations.

“It’s time for us to take advantage of the similarities between us and not look for differences,” he said.

In Oct 2019, Tun Dr Mahathir launched the Shared Prosperity Vision 2030 (WKB2030) roadmap to accelerate Malaysia’s transformation into a new Asian Tiger. While Jokowi has the vision to see Garuda (Indonesia) soar as a developed nation by 2045.

In his first speech after being appointed as President for 2019-2024, Jokowi aimed to increase Indonesia’s per capita income to Rp27 million a month (about RM8,100) and Gross Domestic Product of US$7 trillion.

By comparison, in 2018, Indonesia’s GDP exceeded US$1 trillion, while Malaysia’s was about US$350 billion.

May Indonesia and Malaysia continue to prosper together.