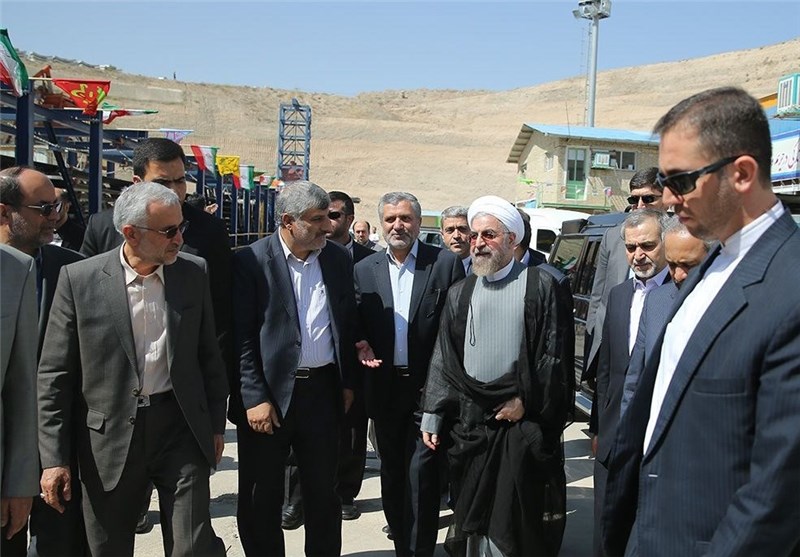 Iran said on Sunday it would no longer abide by any of its commitments to the 2015 nuclear accord the country signed with world powers, signaling the deal’s collapse as the fallout from the U.S. killing of a top Iranian commander intensified.

Iranian state television quoted a government statement as saying that Tehran would not abide by the limitations on the number of centrifuges used for enrichment, its stockpiles of enriched uranium or its nuclear research and development.

The announcement came hours after hundreds of thousands of Iranians gathered in Mashhad, Iran’s holiest city, to mourn Qassem Soleimani, who was killed by U.S. airstrikes in Baghdad on Friday.

His assassination dramatically escalated the brewing standoff between the U.S. and Iran and has heightened tensions across the region. Tehran has vowed to respond.

President Donald Trump warned over the weekend that the U.S. had identified 52 targets, including cultural sites in the Islamic Republic, that he said it would “hit very fast and very hard” if Tehran retaliated over the killing.

Trump, who has faced criticism from Democratic lawmakers who complained that Congress was not notified before the strike on Soleimani, signaled on Sunday that he was poised to respond swiftly to any Iranian retaliation.

“These Media Posts will serve as notification to the United States Congress that should Iran strike any U.S. person or target, the United States will quickly & fully strike back, & perhaps in a disproportionate manner,” the president tweeted.

Mohammad Javad Zarif, Iran’s foreign minister, said Sunday that a red line had been crossed: “Those masquerading as diplomats and those who shamelessly sat to identify Iranian cultural & civilian targets should not even bother to open a law dictionary. Jus cogens refers to peremptory norms of international law, i.e. international red lines. That is, a big(ly) ‘no no’.”

Zarif tweeted later Sunday that, as the final remedial step of the nuclear deal, “there will no longer be any restriction on number of centrifuges.”

“This step is within [the nuclear agreement] & all 5 steps are reversible upon EFFECTIVE implementation of reciprocal obligations,” the post read.

The Islamic regime has steadily increased its atomic activity since Trump withdrew the U.S. from the accord in 2018 and imposed sanctions on Tehran.

Iran’s announcement on Sunday fell short of a total withdrawal from the accord. The country said it would continue cooperation with the International Atomic Energy Agency, the nuclear watchdog monitoring the agreement.

But Tehran’s decision to stop abiding by any of the deal’s commitments will increase fears about the risks of a regional arms race and dash any lingering hopes among European powers of keeping the accord alive.

While the European signatories — France, the U.K. and Germany — share Washington’s concerns about Iran’s support for regional militias and the development of its missile program, they did not support Trump’s decision to withdraw from the nuclear deal or impose crippling sanctions on the republic. The so-called E3 have been battling to keep the deal alive and have sought means to counter the American sanctions, keeping open an important diplomatic channel with Tehran.

But Iran’s announcement on Sunday will make it harder for them to continue supporting the accord. Under the deal, Tehran agreed to limit its nuclear activity in return for the economic benefits of many sanctions being lifted. Since Trump pursued his “maximum pressure” strategy against the republic, Iran’s oil exports have plummeted from about 2.8 million barrels a day in May to less than 500,000.

John Bolton, Trump’s former national security adviser and renowned Iran hawk, greeted the news with gusto. “Another good day,” he tweeted on Sunday. “Iran rips the mask off the idea it ever fully complied with the nuclear deal, or that it made a strategic decision to forswear nuclear weapons.”

The U.S. should now focus on “preventing the ayatollahs from getting such a capability,” he said.

The announcement Sunday on Iranian TV said the country would return to its commitments if the U.S. lifted its sanctions, reiterating Tehran’s longstanding position.

“This may initiate a nuclear crisis,” said Suzanne Maloney, a former State Department adviser on Iran who is now at the Brookings Institution. “They can’t march to a bomb tomorrow, but this will dramatically change the dynamic, and they can reduce the timeline.”

In a further sign of the repercussions from the killing of Soleimani, Iraqi lawmakers voted on Sunday in support of Baghdad expelling American troops from the country.

The resolution is not binding, but it underscores the backlash in Iraq triggered by the U.S. strikes that killed Soleimani and a powerful Iraqi militia leader.

“Ending the presence of foreign forces is preferable,” Adel Abdul Mahdi, Iraq’s caretaker prime minister, told parliament on Sunday, “despite the internal and external difficulties that might arise.”

In his speech, Mahdi also revealed that Iraq had been acting as a mediator to defuse tensions between Tehran and Washington, with Trump asking him to convey messages to Iran. Mahdi said that Soleimani had been in Baghdad as part of those diplomatic efforts, saying the commander had “a message to me from the Iranian side, in response to the Saudi message that we sent to the Iranians.”

Saudi Arabia is Iran’s main regional rival and a supporter of Trump’s maximum pressure strategy against the Islamic republic. But there have been signs that Riyadh wants to ease tensions with Tehran in the wake of a missile and drone attack that struck the kingdom’s oil infrastructure in September, temporarily knocking out half of Saudi Arabia’s crude output.

The expulsion of the estimated 5,000 troops in Iraq would be a damaging blow to Washington and severely undermine the international coalition fighting ISIS. The coalition on Sunday said it had suspended counterterror operations to focus on protecting its own troops.

“By killing Soleimani, without a thought to the consequences, the U.S. has opened the door to the expulsion of their troops and the ceding of Iraq to even greater Iranian influence,” said Toby Dodge, a Middle East expert at the London School of Economics.

The U.S. and Iran have been the dominant powers in Iraq since the 2003 American-led invasion that toppled Saddam Hussein.

“[W]e want to stay on in Iraq,” a senior State Department official told reporters ahead of the vote. “We have an important mission there.”

When asked about the Iraqi parliamentary vote, U.S. Secretary of State Mike Pompeo told Fox News that the Trump administration was “confident that the Iraqi people want the United States to continue to be there to fight the counterterror campaign.”

“We’ll have to take a look at what we do when the Iraqi leadership and government makes a decision,” he said.