Opinion: Why Hamas wants Palestinian elections to be held 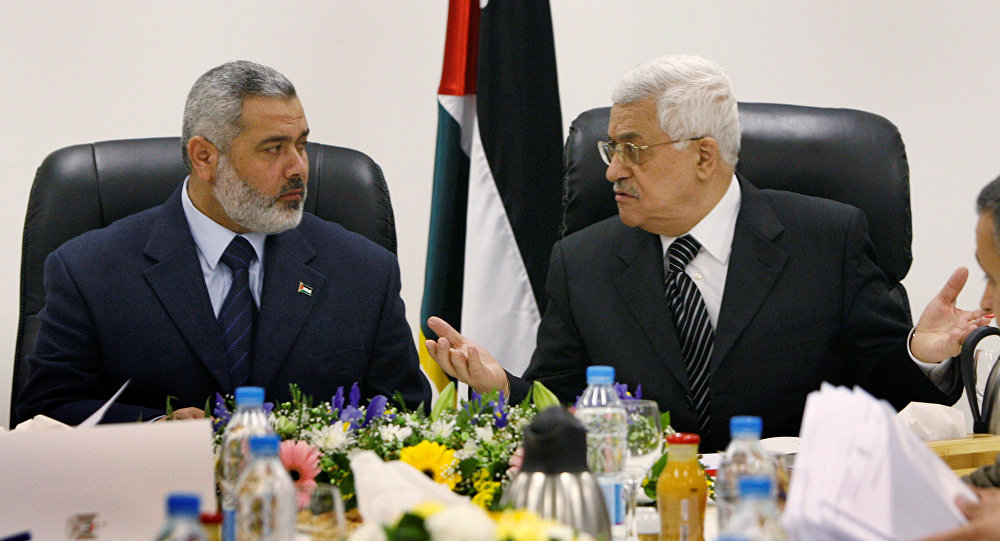 In September last year, Palestinian President Mahmoud Abbas declared at the UN that he is calling for an election to be held in Palestine. The aim is to elect 132 members of the Palestinian Legislative Council which was, according to many experts, dissolved unconstitutionally by Abbas on 22 December 2018. Although the rule of the court appointed by Abbas is that the PLC election should be held within six months of the previous Council’s dissolution, it took him nine months to express his intention. According to the law, the poll should be held 90 days from the date of the presidential declaration.

Abbas is 85 years old and has been President of the Palestinian Authority since 15 January 2005. Since his statement at the UN he has been busy consulting Palestinian factions on how to organise the election and where. As with the 2006 elections — the last to be held — only those Palestinians who live in the West Bank, Gaza Strip and Jerusalem are expected to vote, disenfranchising more than 50 per cent of the Palestinian people; that is, those who live in the diaspora. Although many Palestinians demand that a presidential election should follow the legislative vote, it is not yet confirmed if Abbas agrees to that or not. His term of office actually expired in 2009.

PA spokespeople have said that the election is to renew the legitimacy of the Palestinian government and strengthen democracy, yet Abbas chose only to dissolve and organise an election for the PLC, which was dominated by his political opponents in 2006 when Hamas won 57.6 per cent of the seats. It is said that Abbas had to make this declaration under pressure from his European sponsors, but he is not really concerned with elections because, other than his unwillingness to make his position as president a point for discussion, he does not have enough unity within his own faction, Fatah, and that might fuel more internal differences if elections are conducted.

Moreover, an opinion poll conducted by the PSR on 17 December shows that Abbas has lost the support of the majority of the people. This comes as no surprise, due to the PA’s broken promises which prevent it from achieving independence; the high level of corruption; security coordination with the Israeli occupation; the failure to face Israel’s annexation of Jerusalem and the annexation of what is left of the West Bank, which is supposed to be the promised Palestinian state; and the feeling among Palestinians generally that Abbas represents an incompetent and aging leadership for an overwhelmingly young nation.

Many analysts argue that Abbas did not want to object to Europe’s election demands, so he hoped that either Hamas or Israel would refuse to accept them, and save him from embarrassment in front of his European friends. To his surprise, when he dispatched the Chairman of the Central Elections Commission, Dr Hanna Nasir, to the Gaza Strip, Hamas and other Palestinian factions endorsed his election call almost unconditionally.

The agreement included one condition that will be refused by the Israelis, though, which is to allow Palestinian Jerusalemites to vote within their city. This condition was put by the PA and almost all of the factions in order to stress the Palestinian right to Jerusalem and the unity of the Palestinian people. Israel, which is keen to stress the Jewish and Israeli identity of the occupied Holy City, cannot allow Palestinian elections in Jerusalem. Insisting on this condition, therefore, will almost certainly mean that there will be no elections after all.

It is said that Abbas will not be the only one to benefit from this, because Hamas will as well. According to this argument, the de facto government in the Gaza Strip will not risk losing its authority in the territory to an elected government, which basically ignores the fact that the movement won the 2006 elections fairly and squarely. Hence, Hamas outsmarted Abbas by accepting his call for elections, almost unconditionally, because the movement knows that he and his movement are not in a good position to fight a PLC election, and even if Israel agrees to allow Palestinians to vote in Jerusalem, Abbas will eventually find some reason to abandon the process.

There are, though, other reasons to make me believe that Hamas needs this election. The most important of these is the Israeli blockade imposed on the Gaza Strip for the past 13 years which has destroyed the infrastructure and imposed unimaginable pressure on the public to the extent of making Gaza an “unliveable” place. Compounding the problems are the high rate of unemployment; the chronic shortage of medicines; the difficulty of movement outside the enclave; repeated Israeli military offensives and incursions; and pollution. The strategy of the blockade is to make the people in Gaza rise up against Hamas, but it has failed miserably in this respect.

Nevertheless, the blockade has made the life of the Palestinians in Gaza tragic and kept Hamas — which is basically a liberation movement, remember — busy in trying to solve everyday problems and thus distracted from its main mission. Governing people under an international embargo is no picnic, as Hamas discovered after it won the elections in 2006. That is why the movement actually handed over the government to Fatah in 2017, which was supposed to be followed by parliamentarian and presidential elections, but they have never materialised.

The second important reason why Hamas needs this and other elections to be held is the complete conviction prevalent among its rank and file that for geographic and strategic reasons, liberation cannot be done from Gaza alone, regardless of how strong it becomes. It has to be led from the West Bank. Due to security cooperation between the Israeli occupation and the Palestinian Authority, though, Hamas’s ability to address the public, let alone carry out major resistance operations, has declined drastically. The movement is thus hopeful that the results of the anticipated election could bring a more pro-resistance Palestinian Legislative Council, or at least could harness the PA’s security cooperation with the occupation and provide a better environment for national work.

If a presidential election is also held, then it would be a golden chance for Hamas to get rid of Abbas and his legacy; from the Islamic movement’s perspective, anybody would be a better Palestinian President than Abbas. If not, and only the PLC election is conducted, then even if Hamas does not win in the West Bank and Gaza, nobody will venture to disarm the Palestinian factions in Gaza, as Hamas and other factions have declared their opposition to such a move. According to this calculus, therefore, if the election is held, Hamas will emerge a winner, even if it does not win a single seat in the Palestinian parliament.