Opinion: What Happened to India 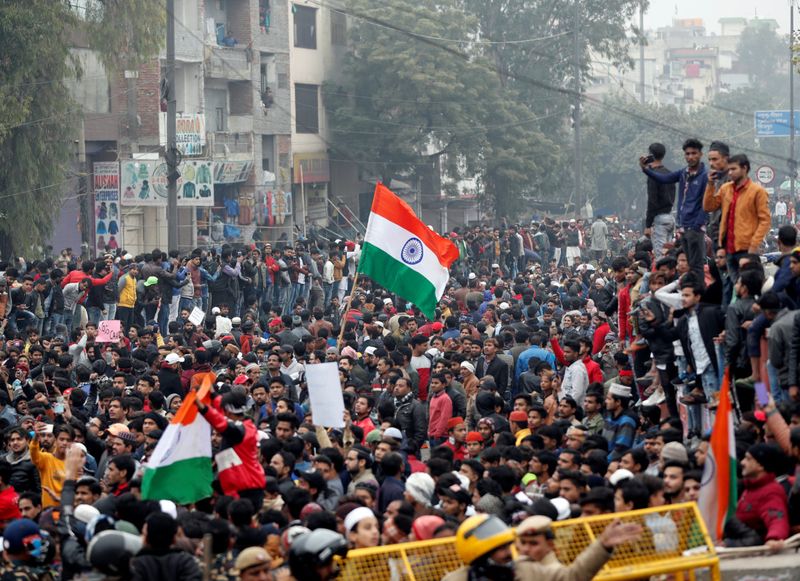 The India the world once celebrated – the world’s fastest-growing free-market liberal democracy – seems to be giving way to a violent, intolerant, illiberal autocracy. It is a turn that was long in the making, reflecting the impact of eight major factors on the country’s society and politics.

It’s a question I hear increasingly these days. International news media report on repression in Kashmir, mounting Hindu chauvinism, widespread protests against new laws, assaults on women, and more. The India the world once celebrated – the world’s fastest-growing free-market liberal democracy – seems to be giving way to a violent, intolerant, illiberal autocracy.

The reports are true, and the picture they paint is not a pretty one. But India’s well-wishers should not give up on the country. The democratic opposition is fighting back, buoyed by the support of young people protesting spontaneously, and not at the behest of any political party, against the excesses of Prime Minister Narendra Modi’s Bharatiya Janata Party (BJP) government. Democracy has deep roots in India, and it will not collapse without a fight from the country’s many independent institutions and politically aware citizens.

India’s current predicament is the culmination of three decades of evolving trends in Indian politics. Eight stand out.

First, there have been the social consequences of deepening democracy. Viewed by many observers as a fragile transplant at independence in 1947, democracy has become deeply entrenched, empowering previously marginalized castes and communities. Thanks to the implementation of the Mandal Commission proposal in 1989 to provide “reservations,” or quotas, in government jobs, universities, and the like to the “Other Backward Classes” (such set-asides already existed for Dalits, once outcastes, and tribals, India’s aboriginal people), the former underclass has become a potent political force. Three generations of political empowerment, including of people with modest educational attainment, Hindi mother tongue, and small-town backgrounds, ended the dominance of the urban, anglophone elite that had established liberal secularism as India’s ruling ethos. A different mentality now prevails in power.

Second, there has been a backlash against cultural globalization. India, like Turkey and the United States, has witnessed growing resentment of cosmopolitan secular elites, with their Westernized lifestyles and perception of themselves as global citizens. Indian social conservatism shuddered at the breakdown of social and sexual mores, depicted in films and television shows. Traditionalists recoiled at women going to work, dressed in jeans and other non-Indian clothing, returning home late at night after shifts in call centers attuned to Western business hours, freed from the bonds and the bounds of local social custom.

Third, there has been a revolt against the political insider class. The denizens of “Lutyens’ Delhi,” shorthand for the government enclave in the heart of the capital where the high and mighty lived, were seen by their challengers as corrupt, complacent, inefficient, and resistant to change. The first decade of the twenty-first century was marked by a growing rejection of all they stood for, including liberalism, secularism, political “insider trading,” and sub-optimal governance. This sentiment was captured in the 2011 protests of the Gandhian leader Anna Hazare. The protesters’ demand that the country be cleansed of its corrupted ruling class contributed significantly to Modi’s victory in 2014.

Fourth, the liberalization of the statist Indian economy from 1991 onwards, in response to global market realities, led to the empowerment of an increasingly wealthy business community that was anxious to see more obstacles removed and rent-seekers eliminated, and willing to finance political change to make it happen. Modi and the BJP benefited from this, too, not least in generous funding from the capitalist nouveaux riches.

Fifth, the worldwide phenomenon of increasing religiosity over the last quarter-century found its counterpart in Hindutva revivalism. Partly this was in reaction to the propagation of Wahhabi/Salafi theology in shiny new Saudi-financed mosques. As Indian Muslims, too, began more consciously to identify with the global Muslim umma, they began to redefine their Islam in ways that alienated them more visibly from Hindus.

In parallel, a greater Hindu consciousness was abetted by the popularity of television serializations of the Ramayana and Mahabharata epics; concerns about “Muslim appeasement” following such steps as a law overturning a Supreme Court ruling that would have awarded alimony to a divorced Muslim woman; and the popularity of a BJP-led initiative to replace a sixteenth-century mosque, the Babri Masjid, which most Hindus believed stood on one of their holiest sites, the Ram Janmabhoomi, or birthplace of the Hindu god Rama. All this helped the spread of the Rashtriya Swayamsevak Sangh or RSS, the khaki-shorts-wearing stormtroopers of Hindu chauvinism, who brought ideological clarity and organizational heft to inchoate Hindu resentment. The BJP’s growth from the mid-1980s followed on the coattails of the RSS.

Sixth, this rise in Hindu consciousness occurred at a time when Muslim Pakistan stepped up its campaign of inciting, financing, and carrying out terrorism in India. Support for militancy in Kashmir gave way to outright military aggression, such as the attempt to seize the heights of Kargil, from which Pakistani troops were repulsed after a short but bloody war in 1999. Growing hostility to Pakistan, and the repeated failure of attempts to make peace with it, intensified Hindus’ belief that they were being targeted.

Seventh, India is the world’s youngest major country, with 65% of the population under 35. Young Indians are impatient for change and progress, tired of the old politics (especially the messy coalitions that reigned from 1989 to 2014 and the political oscillations they embodied), and want India to be self-confident, assertive, and ready to take on the world. Modi’s strutting confidence spoke to these desires.

Finally, social media have become ubiquitous, with platforms like Twitter, Facebook, and WhatsApp serving as major influencers and recyclers of prejudice. Social media reinforce people’s worst beliefs by exposing them to prejudices they might not have dared to express in the past, but that now no longer seem rare and disreputable. Suddenly, bigotry became respectable, and animosity toward Muslims, previously concealed under a veneer of civility, became an electoral asset.

All of this came to a head when the moment found its messenger: Modi, charismatic orator of unchallengeable Hindutva credentials, tough and efficient Chief Minister of Gujarat, marketed by a skilled campaign manager and Svengali, Amit Shah, as a no-nonsense administrator who would preside over economic growth. India was primed to receive Modi’s message and elected the BJP in 2014 and 2019. We are living with the consequences now, but these eight factors explain how we got there.