Opinion: how Asean can build bridges 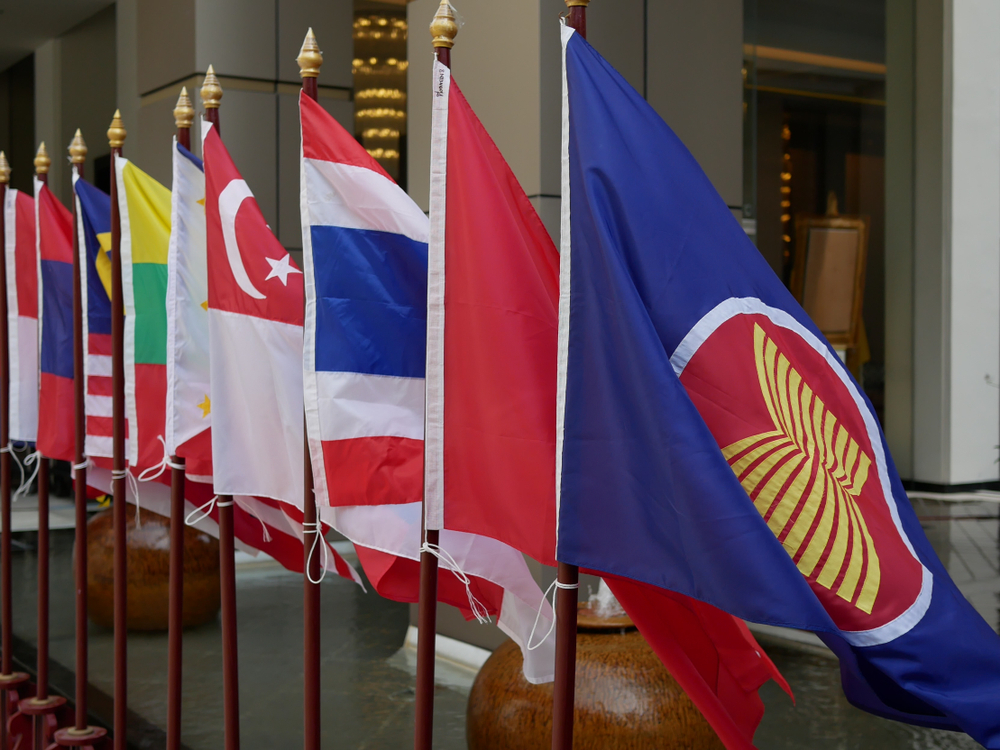 Regional trade and investment in the Association of Southeast Asian Nations (Asean) cannot be discussed without reference to the larger world. From the earliest days, the people of Southeast Asia have been in continuous interaction with those of East Asia, South Asia and beyond.

That larger world is again in flux. Facing the prospect of a competing superpower in China, the

United States now defines its national interest in narrower terms. Many Americans no longer see the post-World War II multilateral institutions which were established under US leadership as serving US interests unless they are radically reformed.

For example, the US is increasingly unwilling to accept China’s designation as a developing country. Since China joined the World Trade Organisation in November 2001, its GDP has grown six times in purchasing power parity terms, eight times in RMB terms and 10 times in USD terms. With a per capita income of US$10,000, China is still a developing country but in some sectors, China is already highly developed.

Under President Donald Trump, the US is forcing a certain decoupling of the global economy. This will have huge implications for all of us. Geoeconomics and geopolitics are always intertwined. Decoupling is never economic alone. Provided it does not lead to war, decoupling can, however, open up new opportunities for Asean.

It is ironic that China has now become the strongest advocate of globalisation. With a large, relatively homogenous population spread over a vast country, Chinese leaders have always been preoccupied with domestic challenges. But despite its reform and the opening up of its economy, China will never allow itself to be fully exposed to foreign influence.

In contrast, the US saw itself as an open society and wanted the rest of the world to couple itself to it. Many Americans believed, with the best of intentions, that China would eventually become more like America. Realising now that this is unlikely to happen, and fuelled by a growing sense of insecurity, the US is making a fundamental reassessment of how it views itself in relation to China and the rest of the world.

We in Asean should therefore expect the coming years to be fraught. American diplomats today openly bad-mouth China and pressure us – sometimes openly, sometimes subtly – to make a choice between them and China. It puts us in an intolerable position.

China is now the top trading partner of every Asean country. It is a major investor, an important source of tourists and a growing market. No one in Southeast Asia will lightly choose the US over China. Worse, any member state which takes a position hostile to China must expect a commensurate Chinese response.

At the same time, no member state wants to be too dependent on China either. All of us in Asean want China’s friendship but fear China’s dominance. Our instinct is therefore to diversify. We want our account with China to grow because that is good for our people but at the same time we want our other accounts to grow in tandem.

Japan understands this and positions itself in Asean as an additional and, in some ways, a superior partner. We should work hard to persuade the US that this too is the best stance for it to take in Southeast Asia.

Asean should therefore be friendly to all major powers and maintain strict strategic neutrality. This is not a static position. Sometimes, to achieve balance, we may have to lean further in one direction or another but the overall objective is always to maintain balance. In addition to the US, China and Japan, we should also strength our links to Europe and India. It is easier for us to find manoeuvring space in a multipolar world.

All this is only possible if the 10 member states are united. Political words alone are hollow if they are not matched by economic and social reality. As a credible political grouping, Asean is only as strong as its economic integration.

Physical connectivity within Asean and between Asean and the rest of the world is improving year by year but not fast enough. Border crossings are easier but not efficient enough.

Non-tariff barriers have increased and are a major source of friction. We need greater coherence and better coordination in the setting of standards and regulations. The cost of logistics in archipelagic Southeast Asia is still much too high.

The Asean Economic Community needs a fresh political push to seize the opportunities which decoupling has brought to our doorsteps.

In the last two years, many multinational corporations (MNCs) have come under great stress because of the US-China trade war. Many companies in China – both local and international – are seeking to domicile outside China to be free of US sanctions. For many US companies, China is a larger market or potential market than the US. Some will want to decouple from the US. Capital naturally flows to where the returns are highest and the risks are least.

Asean countries are good alternative production bases for global MNCs which are reassessing their supply chain configurations. Each of us is more competitive if we are able to take advantage of the combined strengths of Asean.

Vietnam is a major beneficiary but is already facing rising costs, partly due to a lack of qualified manpower and inadequate logistics. If Laos and Cambodia become part of the equation, more and higher-quality investments will flow into Vietnam. The border crossings between Thailand and Myanmar need to be improved so that their combined comparative advantages can be brought into full play.

I would like to propose as a conceptual idea the establishment of Asean free trade zones (FTZs) and Associated Border Crossings, so the MNCs which investments we are seeking will see Asean as a whole and not just as separate parts. We can start by concentrating on relatively simple manufacturing. In a small way, we already have an illustration in the Asean immigration lanes at airports.

China’s Belt and Road Initiative (BRI) offers us a golden opportunity to revamp the connectivity map of Asean. Those of us who visit China regularly can see how highways, high-speed rail and airports have enabled hundreds of millions of people to join the global economy and be lifted out of poverty. We should have similar ambitions for Southeast Asia.

Infrastructural development has big network benefits and needs an Asean-wide perspective. It is right that we worry about the cost-benefit of specific projects and our ability to service debt. Asean should engage China on the BRI and bring in others like the Asian Development Bank, Asian Infrastructure Investment Bank and World Bank to work with us. This will help overcome the concern of some Asean countries that they may become too dependent on China. We should of course welcome the participation of other countries like Japan, Korea, Australia and the US.

Vietnam’s assumes its chairmanship of Asean in a critical year with exciting possibilities for Asean, and is well-qualified to provide the necessary leadership. No one can accuse Vietnam of being too close to either China, with which it has a historical love-hate relationship, or the US, with which it fought a long, brutal war to achieve national independence. Vietnam’s economy has also taken off, benefiting from strong economic fundamentals, the reform measures of recent years and the outflow of investments from China.

For the economic agenda to make good progress, the political and social agendas must be complementary. It is imperative to bring calm to the South China Sea and transform it from a zone of competing claims to one of cooperation. Whether the Code of Conduct (COC) between Asean and China can be signed in Brunei next year depends a great deal on the progress made this year under Vietnam’s chairmanship. No country can abandon its territorial claim but all of us can work towards greater economic cooperation. Dialling down the temperature will spur cooperation. Promoting peace and stability in this strategic waterway benefits all users.

Historically, the South China Sea has been the link between Southeast Asia and China, Korea and Japan. The Sea connected us; it never divided us. An idea for Asean to consider is the incorporation of all or part of Hainan Island into a South China Sea economic cooperation area once the COC is in place. This is not difficult to achieve because China has already designated Hainan as an FTZ. It is already a separate customs area.

To limit the negative effects of decoupling, Asean should work hard to strengthen regional economic arrangements and partnerships with major economies. On the CPTPP (Comprehensive and Progressive Agreement for the Trans-Pacific Partnership), we should work to bring the remaining Asean countries – Thailand, Philippines, Indonesia, Cambodia, Laos and Myanmar – into the CPTPP. This is important to maintain Asean centrality. Second, we should encourage China to join the CPTPP. This will put pressure on the US to rejoin. We should contrive it such that both China and the US join at the same time. With China and the US in, the CPTPP will cover some two thirds of the global economy and pull the WTO along. Such a CPTPP will prevent decoupling from going too far and help avert any slide into war.

It is not good that India has temporarily opted out from the RCEP (Regional Comprehensive Economic Partnership). We can understand India’s reasons because the Indian economy is going through a rough patch. India will always be an important Asean partner. We should also begin the process of negotiating a free-trade agreement with the European Union. European MNCs are similarly affected by decoupling and are looking at Asean as an alternative to China. The more we are able to strengthen intra-Asean trade and investment, the greater our attractiveness to Europeans too.

For the social agenda, we need Vietnam to give a further push to Asean’s joint bid for the Soccer World Cup in 2034. Preparation for it will capture the imagination of a younger generation of Asean citizens. No other country in Asean celebrates soccer victories the way Vietnam does.

The views belong to the author.