Opinion: Politics of coronavirus: Taiwan, China and WHO 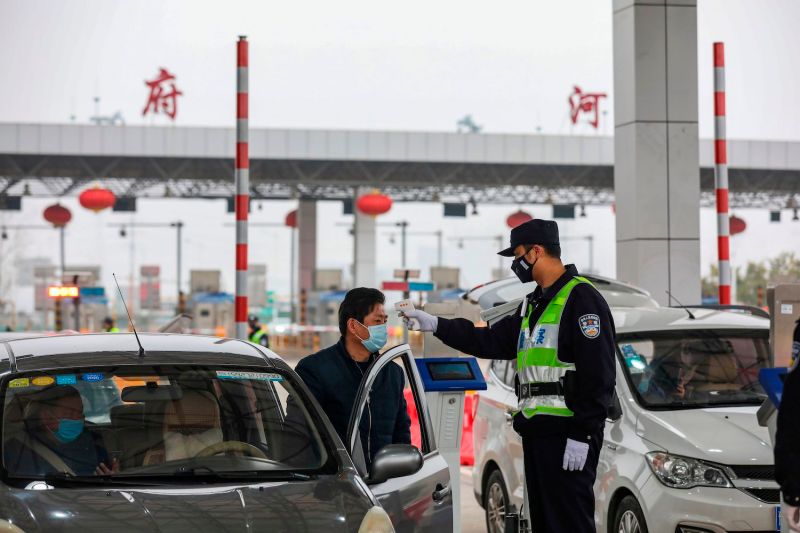 As Taiwan faces 13 coronavirus cases on Thursday, its exclusion from leading global organisations has come under scrutiny as countries around the world struggle to prevent the spread of the highly-infectious virus.

While Taiwan, home to nearly 24 million people, has never been ruled by China’s Communist Party, Beijing’s claims over the island have long blocked it from membership from United Nations agencies like the World Health Organization (WHO) and the International Civil Aviation Organization (ICAO).

Beijing has collaborated with Taiwanese authorities amid the outbreak, with two Taiwanese experts travelling to Wuhan, the epicentre of the outbreak in China, in late January. But challenges remain.

On Thursday, Taipei accused Beijing of providing the WHO with wrong information about the number of coronavirus cases in Taiwan. It has also imposed more restrictions on travel from Hong Kong and Macau.

Last week, flights from Taiwan to Vietnam and Italy were turned back as international travel bans and restrictions were extended to people travelling from China, where the virus first broke out in late December, after the WHO declared the outbreak a global emergency.

Vietnam’s ban was reversed after some swift diplomatic manoeuvring. But the restriction remains in Italy, highlighting the global confusion over Taiwan’s political status and relationship with China, which claims Taiwan as part of its territory.

“Last week, when WHO started to publish a world map of the epidemic using colour coding to indicate the same level of seriousness, Taiwan was given same level as China. That has a direct impact on Taiwanese people and airlines who are travelling there,” said Chunhuei Chi, a Taiwanese-American professor at Oregon State University who specialises in global health.

On Thursday, Taiwan’s foreign ministry accused China, which includes Taiwan on its daily update as “Taiwan province”, of feeding incorrect data to the WHO, and complained about the way in which the WHO referred to the island.

The agency currently calls the self-governed territory “Taipei and environs”. Previously, it has used “Taiwan, China”, “Taipei municipality” and “Taipei”.

“I’d like to ask the WHO, how many times are you going to change Taiwan’s name?” spokeswoman Joanne Ou said at a news conference.

China has recorded more than 28,000 confirmed cases and more than 550 deaths, while Taiwan’s handful of cases have only been linked to people who recently visited or resided in China – meaning it cannot be classified as an “outbreak”, according to Kuan-Yu Chiang, a physician and president of the Taiwan Association for Global Health Diplomacy.

Taiwan is instead in the strange position of having its data compiled as part of China, while also being denied the same access to information as other governments by the WHO. It has to rely on allies like the US for updates, or liaise with Beijing on a case-by-case basis.

Excluding Taiwan from organisations like the WHO has also meant a loss of expertise from Taiwan’s respected medical community and successful public healthcare system, according to Chiang.

Taiwan ranked 14th worldwide in the 2017 Global Access to Health Care Index compiled by the Economist Intelligence Unit, and fifth in the ease of access to infectious disease care. The report covered 60 countries including China, which topped the rankings for child and maternal health services.

Taiwan will also be unable to share its experiences in battling the infection, as it cannot attend the upcoming meeting of the WHO’s governing body, the World Health Assembly, in May. Its observer status has not been extended since 2016, according to Taiwan’s Ministry of Foreign Affairs.

But Taiwan’s problems do not end with health and aviation, said legislator Wang Ting-yu, a member of Taiwan’s Foreign Affairs and National Defense Committee.

“ICAO and WHO are just two examples. Actually there are dozens of international organisations that Taiwan cannot be a part of just because of China,” he said, including the international policing body Interpol.

Although a member of the World Trade Organization, it is listed as the “Separate Customs Territory of Taiwan, Penghu, Kinmen and Matsu (Chinese Taipei)” while it competes in the Olympics as “Chinese Taipei”.

Taiwan has steadily lost diplomatic space since the 1970s, when the Republic of China as it is formally known was replaced by the People’s Republic of China (PRC) government on the mainland to represent China at the UN.

The distinction stems from the end of World War II when Chiang Kai-shek’s ROC government took control of Taiwan and later retreated to the island when it lost the Chinese Civil War to the Communist Party.

Beijing’s growing global influence in the past 10 years, however, has allowed it to squeeze Taiwan even harder and direct the global conversation around the island across multiple industries, from fashion and the media to consumer electronics and travel.

The ICAO came under fire this week from the US State Department for blocking Twitter users who were attempting to discuss Taiwan’s absence from the organisation.

China has taken on a more visible role in different international organisations, pushing Taiwan further to the margins, said Maggie Lewis, a Taiwan expert and professor of Law at Seton Hall University in the United States.

“Even though airplanes and disease are not necessarily the first things you may group together as related, the more you look at them the clearer it is that both with ICAO and with WHO that they’re leaving Taiwan out of the safety conversation on the basis of politics instead of pragmatism.”

WHO and ICAO did not reply to Al Jazeera’s emailed request for comment.