Opinion: What Would Ending the US-Philippines Visiting Forces Agreement Actually Do? 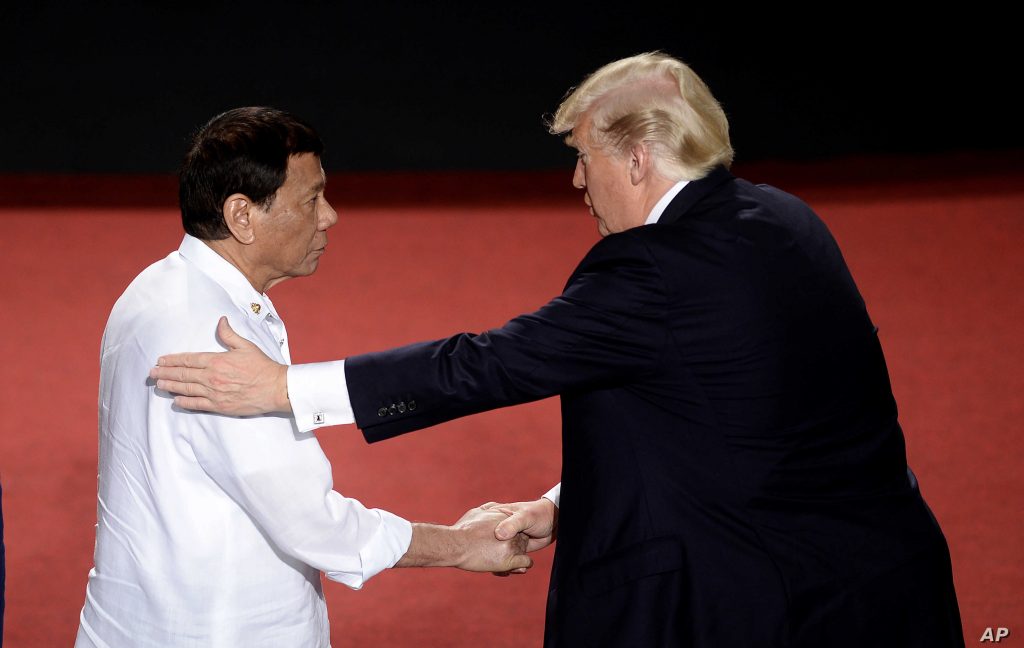 Last week, Philippine President Rodrigo Duterte issued a threat to cancel the Visiting Forces Agreement (VFA) with the United States, the latest of a series of threats regarding the alliance Duterte has made since taking office in 2016. While specifics are still unclear as to if and when this termination will actually play out in practice, it is nonetheless worth considering what its nixing would actually mean for the U.S-Philippine alliance and wider dynamics in the Indo-Pacific.

As I have observed before in these pages and elsewhere, the U.S.-Philippine alliance is no stranger to rounds of stress testing. Since the alliance was born through the Mutual Defense Treaty in 1951, it has been through a series of challenging periods, whether it be the renegotiating of the terms of base agreements in the 1970s, the closure of U.S. military facilities in the early 1990s, or the management of China’s growing assertiveness in the South China Sea in the early to mid-2010s.

But Duterte’s rise to power has brought about the biggest stress test for the alliance in decades. Since coming to office in May 2016, Duterte has sought to distance the Philippines from its alliance with the United States while pursuing closer ties with China and Russia. While his aspirations have unsurprisingly run into long-standing realities – from the Philippine military’s close ties with the United States to Washington’s important role in helping Manila with some of its urgent threats, including terrorism – we have nonetheless seen divergences in threat perceptions and slowing of U.S.-Philippine collaboration in some areas.

Last week, we saw another test for the alliance in the Duterte era with his threat on Thursday to cancel the Visiting Forces Agreement (VFA), a pact ratified by the U.S. Senate in May 1999. The VFA, which governs the terms under which U.S. military personnel can be temporarily present in the Philippines, was itself reached following an increased threat perceived by the Philippines from China in the early to mid-1990s following the U.S. base closures that had occurred.

Duterte’s threat has raised a series of questions regarding the VFA, from the reasons behind it to how the termination process could actually play out between the United States and the Philippines. But it is also worth probing what the significance of such a move would actually constitute if it indeed does take place.

In terms of symbolism, the nixing of the VFA would constitute the biggest realized setback we have seen in the U.S.-Philippine alliance since Duterte took office. While Duterte has previously issued various threats including seeking “separation” from the United States and canceling exercises, none of them have actually played out, and on some fronts such as exercises, collaboration has actually increased. And as former Philippine Foreign Secretary Albert del Rosario pointed out, the VFA matters not only for its own sake, but as part of a series of agreements tied to the MDT that help advance its effective implementation.

The symbolism would likely extend beyond the alliance itself, even if much of this may seem overhyped in reality. It is worth recalling, for instance, that the last time that the U.S.-Philippine alliance took such a hit, with the closure of U.S. bases in the Philippines, this was seen as part of a wider reduction of American presence in the region in a post-Cold War context, even though the reality of U.S. presence was much more complex than that. At a time when Washington is seeking to reassert its role in the Indo-Pacific region and pursuing a more competitive approach with China, the nixing of the VFA would be interpreted as a blow for the United States.

Substantively, the move would also not be without significance. For the United States, while its alliance with the Philippines may not rank as highly as its other Asian alliances and has under performed in the past, it would nonetheless complicate the issue of the presence of U.S. military personnel on Philippine soil, since the VFA is the agreement that governs this and this aspect of the alliance relationship has proven to be contentious previously. The presence of U.S. personnel is important not only bilaterally to further alliance cooperation across a range of issues and contingencies, ranging from terrorism to humanitarian assistance and disaster relief, but also regionally as well since the Philippines is one of the few places where Washington currently has such as pact in the Indo-Pacific region.

But the effects on the Philippines would unquestionably be far more significant given Manila’s limited capabilities, its continued reliance on the United States, and the threat environment it faces. This was why the Philippines recognized its need for the VFA in the first place in the 1990s, and that reality remains unchanged today. Contrary to Duterte’s recent comments on the VFA about being able to lean more on Russia and China, the tangible security cooperation that Manila has with both Moscow and Beijing is nascent and nowhere near what it currently has with the United States. And while Duterte may not admit it, a degrading of Manila’s alliance with Washington would only weaken the leverage the Philippines has in its ties with China and increase the risks of Beijing undermining Philippine interests on various fronts, including in the South China Sea.

To be sure, since it is still early days since Duterte’s VFA threat. And the impact of its actual termination would depend on a range of factors, including how the termination process plays out, the effects on broader alliance cooperation including existing pacts such as the Enhanced Defense Cooperation Agreement (EDCA) approved by the Philippines in 2016, and reactions from a range of actors including the United States and China. But as headlines continue to roll in, it will be important to keep in mind what impact a VFA nixing would actually have for the alliance as well as for the wider region.