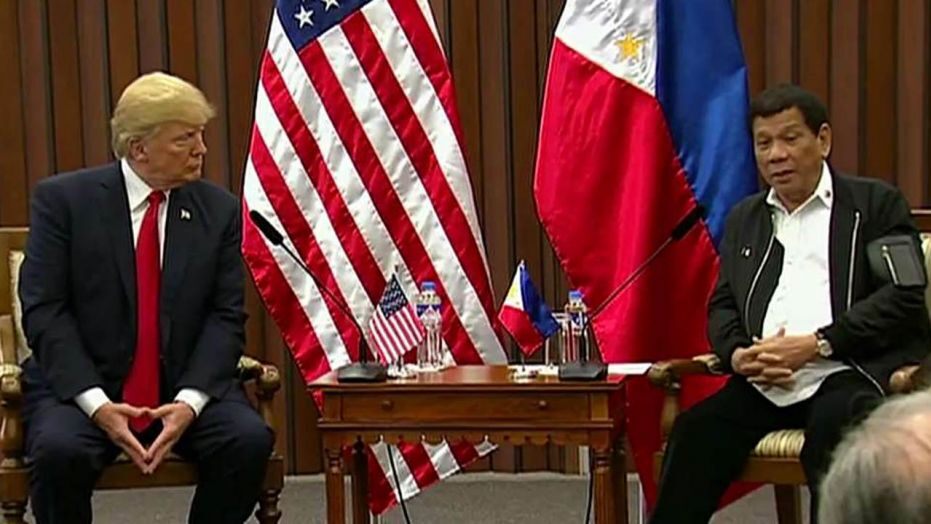 Panelo reiterated Duterte does not want a new military deal with the U.S., adding that the Philippine leader is determined to terminate the VFA.

Panelo belied reports which quoted the Philippine Ambassador to the U.S. Jose Manuel Romualdez as saying that Manila and Washington are finding ways to come up with an agreement similar to the VFA.

“Actually I was talking to Ambassador Romualdez. He denied it. It’s like he was saying that they are studying other agreements, whether they are disadvantageous or advantageous to the country,” Panelo said in a radio interview.

Panelo said there might be some U.S. officials who are pushing for a possible new agreement but Duterte has already made up his mind not to negotiate a new one with the U.S.

“None. There was no approval from President Duterte. It must be an initiative of the counterparts of Ambassador Romualdez. They are the ones affected, that is why they will likely initiate and make a good suggestion,” he said.

Panelo said any talks for new military pact with the United States is not sanctioned by Duterte.

“The president’s position remains unchanged. He still wants to scrap the VFA. He wants us to be self-reliant. That’s his main point,” Panelo said.

In a speech this week, Duterte said that the Philippine troops can fight terrorists without U.S. military help.

On Feb. 11, the Philippines officially notified Washington of its intention to unilaterally terminate the VFA with the United States. The termination will take effect 180 days after the notification.

The two countries signed in 1998 the VFA allowing joint Philippine-U.S. military operations. The Philippine senate ratified the agreement in 1999, seven years after the closure of the last U.S. base on Philippine territory.

Over 300 military engagements are scheduled between the two militaries during the entire year. These engagements include training exercises, expert exchanges, functional training and exchanges, planning and table-top exercises.