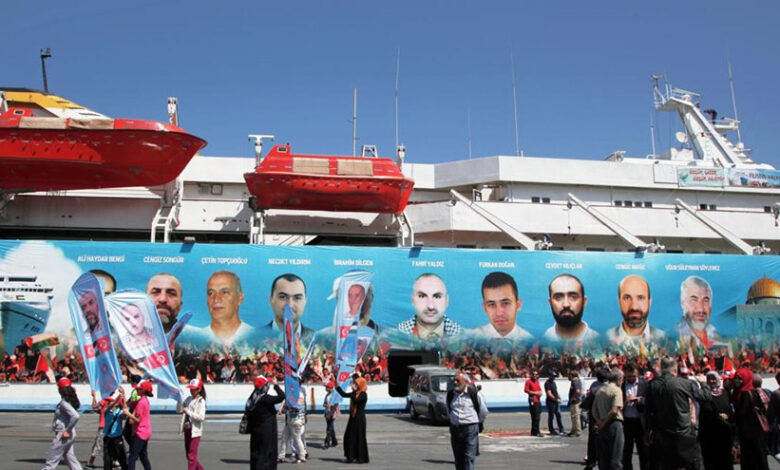 We all go through many experiences in life that leave lasting impressions, especially if they are positive. Thus, when something bad happens, we tend to be haunted – for want of a better term — by it, even though it might make us believe more strongly in the values of righteousness, justice and equality. Indeed, it might make us more determined to strive towards developing such values within ourselves and society.

A short while ago I watched a movie called Captain Phillips, which is based on the true story of Somali pirates attacking a container ship —MV Maersk Alabama — in international waters. I do not accept everything that I watched at face value, but the 2013 movie made me reflect on my own experiences on board the MV Mavi Marmara in 2010. Our ship was part of the Freedom Flotilla trying to help the Palestinians in the besieged Gaza Strip.

I was one of more than 700 international activists on board six vessels in the flotilla, the largest of which was the Mavi Marmara. Our goal was to stand in solidarity with the people in Gaza, highlight their suffering and break the inhumane and illegal blockade imposed upon them by delivering humanitarian aid. Personally, I had purchased medication and nutrients for children in the coastal enclave, hoping that each item would help to save a life.

Captain Phillips brought back memories of what happened to us. In recalling events of that night ten years ago, I also want to deliver a message to the Israeli commandos who were pirates in all but name. They should watch the film and make note of the similarities between them and the Somalis depicted in the movie. In my view, the Israeli pirates are even worse for attacking unarmed civilians in international waters who had purely humanitarian intentions. The difference between the Israeli criminals and the pirates in the film is that the latter are powerless, yet the Israelis draw their strength from the forces of evil who control world events, albeit temporarily.

Just as at one point the Somali pirates were afraid, I remember that Israel’s so-called “elite” commandos were trembling with fear despite their military strength, weaponry, helicopters and warships. Their eyes betrayed how scared they were even though they wore masks and we were handcuffed.

The Israelis could easily have taken control of the flotilla without using the military option, avoiding the inevitable diplomatic crises with dozens of countries whose citizens were on board. Moreover, that would have saved the lives of the ten martyrs who were shot at close range by cowards in uniform, to say nothing about the dozens who were wounded by the commandos. Stupidly, though, the Israeli pirates insisted on exposing their criminal intent before the entire world. As a result, the Palestinian cause gained even more than it would have if the ships had been allowed to reach the tiny port in Gaza.

Although Israel claims to be a civilised nation, it has unmasked itself on numerous occasions, not least on the night of 31 May 2010 in the Mediterranean Sea; the world knows that it is a terrorist state which uses the might of a modern army, navy and air force against unarmed civilians. On that particular night, such civilians were carrying urgently-needed food, medicine and medical equipment. Nevertheless, they were prepared to defend themselves against Israel’s fully armed commandos — the “elite”, remember — the moment they landed on deck.

As I recall it, some of these commandos wet themselves with fear when we began to defend ourselves and resist their piracy. The navy called this act of piracy Operation Sky Winds, and yet it was damned from the heavens above, a damnation which will continue to haunt Israel, along with the spirit of our martyrs.

The cowards killed nine men in cold blood (the tenth died later of his wounds), who have become heroes. The youngest was 19 year old Turkish-American national Furkan Dogan, who was shot fatally as he lay wounded on deck. Divine justice will prevail eventually; Israel’s earthly impunity will not save it at the end of the day, and the curse of the Mavi Marmara martyrs and the children of Gaza who died because it deprived them of humanitarian aid will haunt the terrorist state. The free world has seen Israel’s ugly face exposed by documentaries such as The Truth: Lost at Sea directed by my shipmate Rifat Audeh, and others.

The cycle of Israeli criminality and savagery continues, the latest example being the killing of an autistic Palestinian man, Iyad Hallaq, whose “crime” was to run away because he was scared. Maybe the message here is that while oppression and barbarity can be found in many places, their ultimate fate is the same. Just as the age of piracy has been consigned to the history books, the age of Israel’s existence will be judged by history as a disgrace and stain upon humanity. It will come to an end, for sure; and sooner than we expect.

The views expressed in this article belong to the author