Washington in a letter to Bennett: We are concerned about China’s activity in Israel 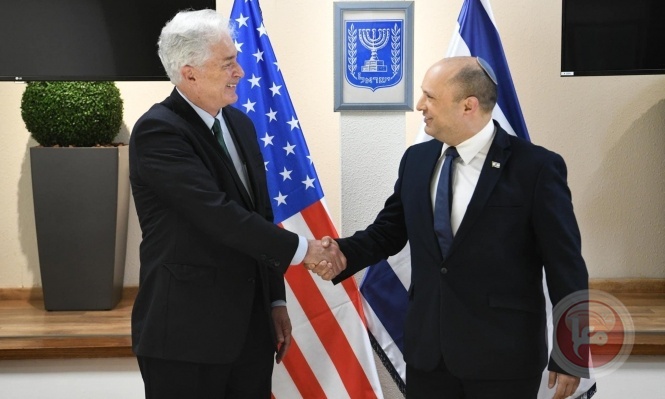 The head of the Central Intelligence Agency (CIA), William Burns, expressed during his meeting with Israeli Prime Minister Naftali Bennett, last week, the United States’ concern about “Chinese incursions into Israeli economic facilities, especially in the areas of high-tech and large infrastructure projects,” according to these days, the Walla website quoted Israeli officials familiar with the details of the meeting.

The projects implemented by Chinese government and private companies in Israel were the focus of tension between the administration of former US President Donald Trump and the government of Benjamin Netanyahu. At the time, the United States warned Israel of the Chinese incursion into Israel through major infrastructure projects, including the construction of the new Haifa port and the municipal train in the Tel Aviv area.

Netanyahu had deepened Israel’s relations with China during his 12-year tenure as prime minister, and encouraged China’s entry into the Israeli market. Netanyahu has stalled in responding to the Trump administration’s messages to restrict Chinese activities.

Israeli officials added that Bennett told Burns that he understands the Biden administration’s concerns and is a partner in part of it as well. In this context, Bennett cited as an example of his concern the recent reports of Chinese cyber attacks against Israeli hi-tech companies in the last two years.

One of the Israeli officials said that “in recent months, we have started a dialogue with the Biden administration about China. The United States asked us about certain projects, such as Chinese involvement in the metro project in central Israel. We told the Americans that we would welcome American companies to build large infrastructure projects in Israel, however, no US company submitted tenders.”

Officials in the US Departments of State and Defense said during Senate hearings last week that the Biden administration had warned countries in the Middle East that China was not concerned with security and stability in the region, and that the increasing Chinese incursion into its economy might eventually target the sovereignty of these countries. and its security relations with the United States.

One US official said the United States does not oppose trade relations between China and “our partners and allies in the Middle East, but we have made it clear to them that there is a certain kind of cooperation that we cannot live with.”

Israeli officials expected to hold further talks with the Biden administration on the Chinese issue in the coming weeks and months, with the participation of the Israeli National Security Council and the US National Security Council. It is also expected that the Chinese issue will be one of the central topics during Biden and Bennett’s meeting at the White House, next Thursday.