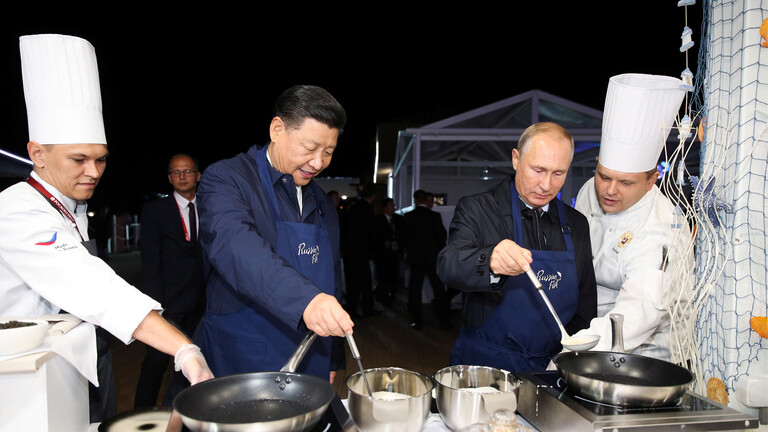 A Russian official indicated that Moscow and Beijing have prepared more than 90 joint investment projects worth more than $150 billion for their implementation, which will give a strong boost to trade and economic relations between the two countries.

This came according to what was stated by the representative of the Russian trade to China, Alexei Dakhnovsky, yesterday, Wednesday, during his participation in the Forum for the Development of Chinese Enterprises Abroad, held during the China International Fair for Investment and Trade.

The official pointed out that by 2020, the accumulated Chinese direct investment in the Russian economy reached the level of 12.8 billion dollars, stressing that the implementation of new projects may lead to a doubling of this indicator.

Dkhanovsky also praised the prospects for the growth of bilateral trade. According to him, the trade volume between Russia and China in the first half of the year reached the level of 63 billion dollars, an increase of 28.2% compared to the previous year.

By 2024, Russia and China intend to raise their trade exchange to $200 billion.