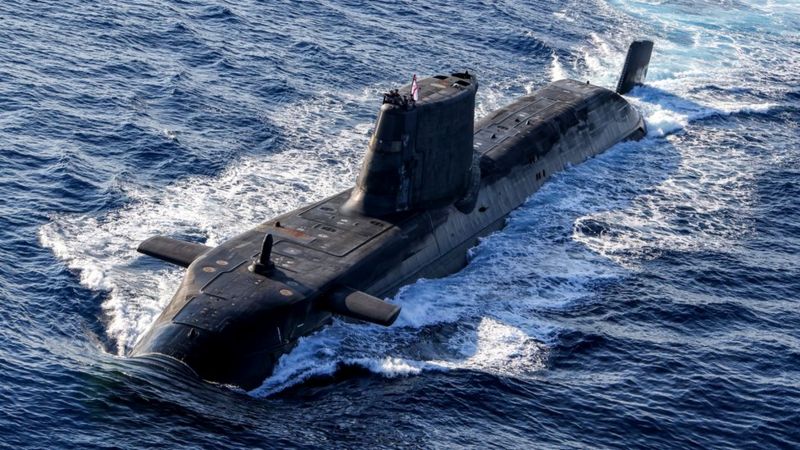 China has criticized a historic security agreement between the US, Britain and Australia, calling it “irresponsible” and “narrow-minded”.

Under the agreement, the United States and Great Britain will provide Australia for the first time with the technology needed to build nuclear submarines.

The deal is widely seen as an attempt to counter Chinese influence in the South China Sea, where the region has been a hotbed of tension for years.

Zhao Lijian, a spokesman for China’s foreign ministry, said the alliance risks “serious damage to peace in the region … and an intensification of the arms race.”

Legian criticized what he called the “outdated Cold War mentality” and warned that the three countries “are violating their interests”.

Chinese state media published editorials criticizing the deal, and the Global Times said Australia “has now turned into an opponent of China”.

The United States is sharing its submarine technology for the first time in 50 years, having previously only shared it with the UK.

This means Australia can now build faster nuclear submarines that are harder to spot by conventionally powered naval fleets, can stay in the water for months and fire missiles over greater distances, despite Australia saying so. It intends to equip it with nuclear weapons.

Although China was not specifically mentioned, the three leaders repeatedly cited regional security concerns, which they said had “grown significantly”.

“This is a historic opportunity for the three countries to work with like-minded allies and partners to protect shared values ​​and promote security and prosperity in the Indo-Pacific region,” said a joint statement.

Experts say the Alliance of OCOs may be the most important security arrangement between the three countries since World War II.

This will make Australia the seventh country in the world to have nuclear powered submarines.

While it is the most important part of the deal, cyber capabilities and other underwater technologies will also be exchanged.