Imran Khan: Dialogue is the way to reconciliation with the Pakistani Taliban 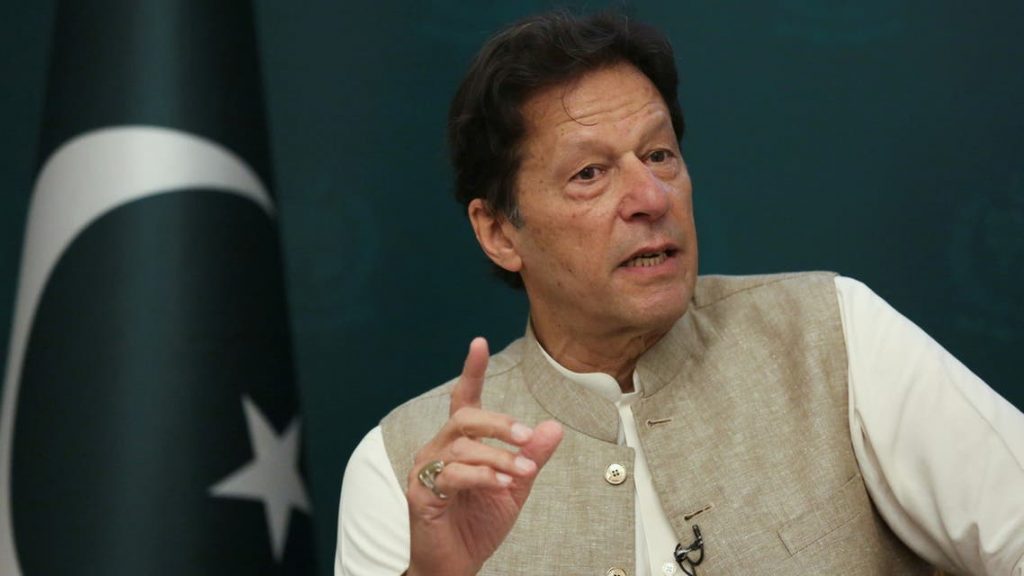 Pakistani Prime Minister Imran Khan said on Friday that dialogue is the only way to reconcile with the “Pakistan Taliban”, announcing talks with the movement in his country to reconcile and lay down arms

“I think some Pakistani Taliban groups really want to talk to our government for peace and reconciliation,” he said during television interview with TRT World in Islamabad

The Pakistani Prime Minister said that if the disarmament negotiations were successful, this would lead to the government’s amnesty for them, so that they would become ordinary citizens, as he put it

Imran Khan also expected that a deal would be reached with the Pakistani Taliban, and said: “I do not believe in military solutions,” noting that dialogue is the only way forward in Afghanistan

The Prime Minister’s statements came against the backdrop of the Afghan Taliban’s takeover of Kabul in mid-August, since then the country is still in turmoil, while Pakistan constantly urges the international community to support the newly formed government in an attempt to avoid a humanitarian crisis that may lead to instability in the region

It is noteworthy that the Pakistani Taliban movement has increased the frequency of its attacks inside Pakistani territory and on the border with Afghanistan, since the Afghan “Taliban” took control of Kabul. Imran Khan negotiated with her in exchange for amnesty

Pakistani President Arif Alvi, Prime Minister Imran Khan and Pakistani Foreign Minister Shah Mahmood Qureshi had repeatedly talked about the Pakistani Taliban after the Afghan movement took control of Kabul, and offered them dialogue and abandonment of arms and violence

The Pakistani Taliban is an insurgent group separate from the Afghan Taliban, although Pakistani armed groups are often interlinked with those across the border in Afghanistan