China and the US strategic blockade… What to do? 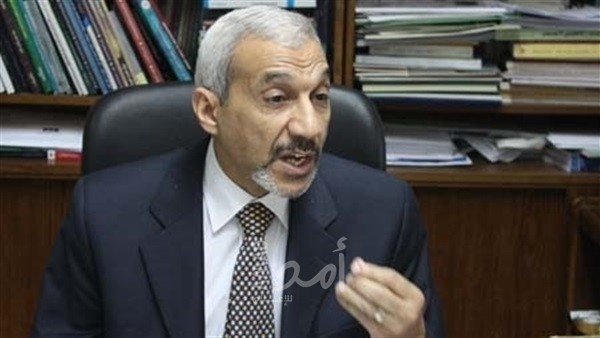 Despite China’s relative success in containing the health repercussions of the emerging “Covid-19” epidemic in the past two years, the economic effects in the medium term began to gradually appear, and with it a set of questions about the ability of the Chinese economy to continue its previously impressive growth, and then achieve the ambition that President Xi Jinping has expressed it that the country will advance to the top of the world within two decades at most.

Indicators of negative impact gathered in several vital areas, such as the electricity cut due to the decline in the quantities of coal used in power generation, the closure of thousands of small and medium factories, and the rationing of electricity hours even for the capital, Beijing, which is something new for its residents who have been accustomed over the past twenty years to permanent electricity and a lifestyle Much easier. Not to mention the crisis of the real estate giant “Evergrand” and its approaching bankruptcy as a result of the inability to repay loans that exceed several billion dollars.

It is expected that the collapse of this bloated and fragile giant at the same time as a result of loans and ill-considered expansion, will lead to the collapse of many medium and small real estate companies across the country, affect the Beijing Stock Exchange and a number of other global stock exchanges, and most importantly provoke a major social crisis as a result of the loss of the savings of small Chinese who they dreamed of getting a suitable housing.

According to the follow-up to the Chinese economy, there are major government interventions in the work of medium private companies, which led the bulk of technological development in the past three decades, which led to the decline in the work of these companies, and some of them preferred to close, and the tendency of new investors to work in these vital sectors decreased.

Although the Chinese government spends tens of billions on micro-technology industries, especially the chip industry, it depends on 70 percent of foreign imports in the manufacture of technological devices such as computers, batteries and mobile phones, and it has a negative impact on the Chinese arms industry and many vital sectors.

In the field of environment and pollution control, recent facts seem ominous, such as the drought that affected many river basins, the drop in agricultural productivity by close to 30 percent, and China’s transformation into an importer of many basic agricultural products. The situation is exacerbated by the high proportion of the elderly over 65 years and the low percentage of persons in the labor force.

In explaining these problems, Western reports, especially the American ones, tend to find a direct link between these crises of a structural nature and three main causes; The first is the influence of the ruling party, the absence of societal stimuli, the lavish spending on government institutions and the provision of loans to them at large rates, regardless of the inefficiency of production methods and their rates, compared to private institutions, which are restricted for various reasons, as happened with the e-commerce giant “Ali Baba”, after A speech by its founder, in which he indicated the need to allow more room for innovation away from government interventions.

The second reason is the strategic vision attributed to President Xi Jinping, whose regulations the party changed to give him the opportunity to remain president for life, and which works to raise China to the position of leading the world in the shortest possible time by expanding in foreign markets, linking them all to the Chinese industry and economy, and enhancing capabilities of the military, by sea, land, air and space, transforming Asia into a launching center for Chinese global domination, and controlling the sea lanes close to China, especially the South China Sea. And this has raised fears among many Asian countries, which have accelerated in the past two decades to deal with China commercially.

Third, and most importantly, the US strategy of embargo on China, rather than the strategy of containment, by dealing with it as a rival country that can be bypassed with a limited effort, and is not afraid of its technological or economic development or the expansion of its markets. This siege strategy began with President Obama and expanded with President Trump, and now the Biden administration is practicing it in a practical way that includes several axes, some of which have already been worked out and are intensified, and others are being invented.

Economic and trade sanctions are a key feature of this strategy in order to reduce the rising influence of many Chinese technology companies that have gained international reputation in the past two decades, most notably Huawei, in addition to stimulating Western and American companies to reduce their presence in China and move to other places, and this applies to The supply chains of various components and commodities, where the formation of new chains far from China has been underway for a year, with India, Australia, Brazil, Mexico, South Africa and Egypt at the center. The goal here is to break the cycle of Chinese influence on production components, especially in the manufacture of cars, computers, chemicals, medicines, electronic chips, express trains and machinery.

As well as motivating many Asian countries surrounding and close to China, such as Vietnam, South Korea, Indonesia, Singapore and Burma, to form security and military ties, sea and land, supported by the United States to besiege any Chinese military expansion by sea or land, and in the same context, strengthening the military capabilities of Taiwan and Japan, including It prevents any Chinese military adventure against Taiwan in particular.

The US strategic embargo strategy is not hidden. All US institutions, including research institutions concerned with Asian affairs, talk about it openly and in many details. It is also very clear to China and everyone around it.

Here, the Chinese reaction can be visualized on two levels. Either rushing towards achieving the ambition of hegemony over the Asian neighborhood before the siege episodes are completed, or modifying the Chinese policy in a way that provides a great area of reassurance to the Asian neighborhood, which prevents this neighborhood from engaging in the strategy of the American blockade. Both levels of the expected Chinese reaction have major consequences and problems.

Moving towards the ambition of hegemony in anticipation of the tightening of the international blockade will practically lead to provoking Western security crises and perhaps military confrontations that support the justifications of the siege among those who believe in it, and it may develop into an expanded Chinese-Western confrontation. They are possible outcomes that do not stimulate thinking about this policy. As for adjusting Chinese politics and reassuring neighbors, it requires fundamental changes in the Chinese way of thinking in the higher leadership establishment. Herein lies the real challenge to China’s peaceful progress toward a key partnership in managing the international system.