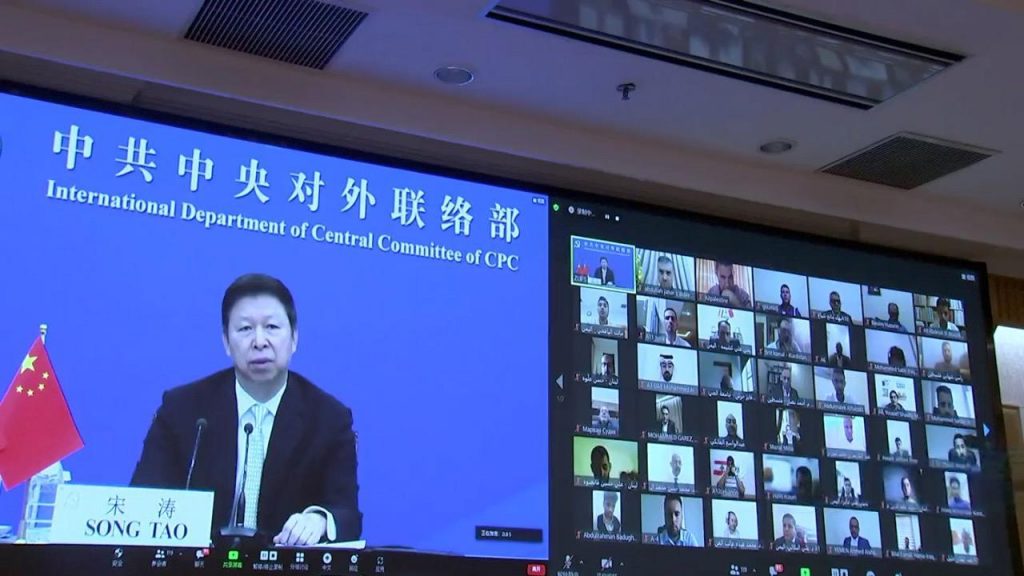 In late September, the Communist Party of China-Arab Young Leaders Forum hosted by the International Department of the CPC Central Committee was held via video link.

This year marks the 100th anniversary of the founding of the Communist Party of China (CPC), and the achievements made by the CPC over the past 100 years also embody the enthusiasm and dedication of the young people. Adhering to the people-centered governance philosophy, the CPC has led the Chinese people to create a miracle of rapid economic development and long-term social stability, and won a great victory in poverty alleviation, which effectively guaranteed the people’s rights to subsistence and development. China is committed to the path of peaceful development and will be an active builder of world peace, contributor of global development and defender of the international order. It is hoped that the young Chinese and Arab leaders will go hand in hand and jointly oppose hegemonism and oppression against the Chinese and Arab peoples.

The competition was organized in order to identify the impression of young people in Arab countries towards the Chinese Communist Party and activate their role in consolidating the Chinese-Arab strategic partnership in the best way, and enhancing understanding and friendship between China and Arab countries.

The leaders, young statesmen and youth representatives exchanged their real experiences in the process of getting to know China and the Chinese Communist Party.