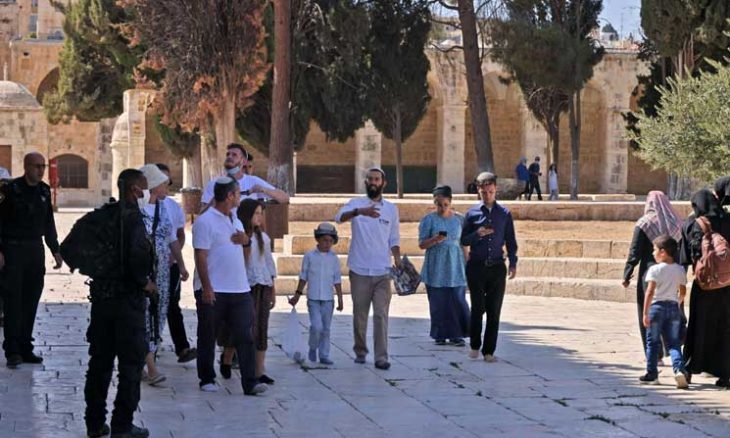 The Palestinian Ministry of Foreign Affairs said that the occupying state is carrying out actions on the ground, during which it is replacing the “two-state solution” with the “apartheid regime”, and held it fully and directly responsible for the attacks, violations and crimes of its army and settlers against the Palestinian people and their capabilities.

In a statement, the Foreign Ministry stressed that the continuation of these attacks “comes in the context of an explicit call for chaos and a cycle of violence, and is deepened daily by field settlement measures and measures within the hearing and sight of the international community.”

He pointed out that the settlers’ daily attacks “constitute the most prominent tool in perpetuating the occupation and annexing the West Bank, and is considered a systematic persistence in the open war of occupation against the Palestinian presence in all areas classified (C), and takes in the current stage the form of aggression against olive pickers mainly, with the aim of severing the relationship between the Palestinian citizen and his land threatened to be seized.

Moreover, he said that he “looks positively” at the recent statements made by the official spokesman for the US State Department, Ned Price, in which he stressed that the US administration clearly opposes Israeli settlement activity, and considers it a “unilateral measure”, and he also expressed the administration’s rejection of the annexation and demolition of buildings eviction and incitement to violence, stressing its adherence to the two-state solution through negotiations.

However, he added that this American position and similar international positions on settlements are “insufficient, unless they are translated into practical steps and real pressures, which are able to ensure the cessation of settlements, and all unilateral measures practiced by Israel with its army and settlers, to obstruct any political efforts that pave the way for resolving the conflict through political means.” peaceful.”

The Palestinian Foreign Ministry called on the international community and the US administration to “make sufficient efforts to provide protection for our people, and to implement the international will for peace, which is represented by the resolutions of international legitimacy.”