A united threat from China and Russia terrifies NATO 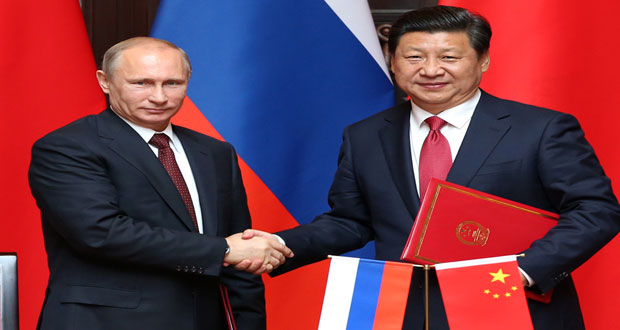 Under the above headline, the “Eurasia Daily” published an article about the unwillingness of European NATO members to be dragged behind Washington to confront China.

The article reads: NATO Secretary General Jens Stoltenberg said that NATO today faces global challenges, including “the growing power of China”, and believes that close relations between China and Russia mean that both countries should be vigilant.

Stoltenberg said protecting NATO countries from these threats would be “carefully” reflected in a new doctrine that defines the alliance’s policies for the next decade. The new strategic concept will be adopted at the NATO summit, in the summer of 2022. The current version of the doctrine, adopted in 2010, does not mention China as a threat.

In this regard, Andrei Koshkin, Head of the Department of Political and Social Sciences at the Russian University of Economics, said on Radio Sputnik: “The United States wants to reorient NATO towards the Indo-Pacific region. In 12 countries of the European Union conducted a study on this topic, And it turns out that the European community does not regard China as a direct threat at all. Most Europeans agree that the United States is in a cold war with China, but they do not want to fight in the region. The community, they say, has one opinion, and the politicians have another.

Koshkin said Stoltenberg takes into account this factor, as well as the fact that European NATO members are closer to a cold war with Russia. The Europeans “in NATO, insist on seeing Russia as they saw it during the Cold War, and do not want to change anything. They know that Russia will not attack them, and that NATO can knock with its weapons, and lead information campaigns against Russia, and will get nothing in return. They don’t want to be dragged into the Indo-Pacific.”