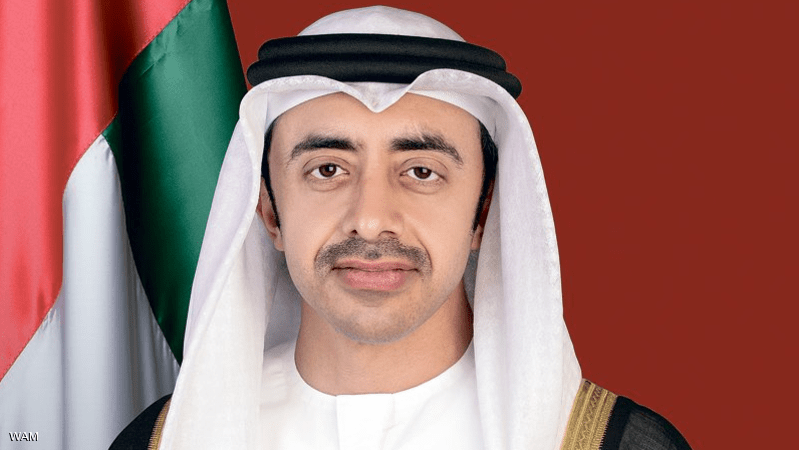 Sheikh Abdullah bin Zayed Al Nahyan, Minister of Foreign Affairs and International Cooperation, met with H.E. Alok Sharma, Minister of State and President of the Conference of the Parties (COP26) in the United Kingdom.

During the meeting, which was held within the framework of His Majesty’s official visit to the United Kingdom, they discussed the historical friendship relations between the UAE and the United Kingdom and ways to enhance joint work between the two friendly countries in the issues of environment, climate change and clean energy.

His Majesty Sheikh Abdullah bin Zayed Al Nahyan stressed the UAE’s keenness to work with the friendly United Kingdom to develop effective and proactive plans to confront the repercussions of climate change, which would contribute to establishing a sustainable future for future generations, pointing to the importance of strengthening international cooperation in facing this challenge.

His Majesty noted the importance of the climate summit hosted by Britain next month and organized by the United Nations to discuss the issue of climate change, pointing out that the UAE was keen in this regard to submit a request to host the twenty-eighth session of the Conference of the Parties to the United Nations Framework Convention on Climate Change “COP28” in Abu Dhabi in 2023 and recently announced its strategic initiative to achieve climate neutrality by 2050.

The meeting was attended by Mansour Abdullah Khalfan Belhoul, UAE Ambassador to the United Kingdom.