Biden says US will defend Taiwan if China attacks 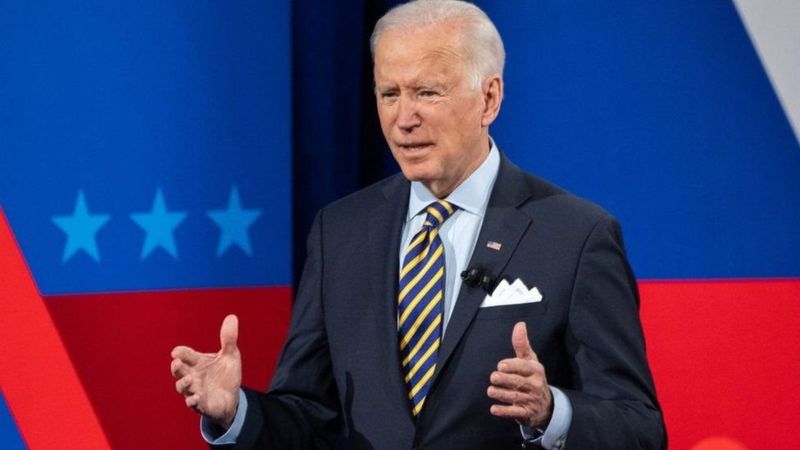 US President Joe Biden stressed that his country would defend Taiwan militarily if China launched an attack on the island, which it considers an integral part of its territory.

During a meeting with voters in Baltimore organized by CNN, Biden was asked if the United States would be prepared to militarily defend Taiwan in the event of a Chinese attack, and he replied, “Yes. We have an obligation to do so.”

Washington is legally obligated to provide Taiwan with the means to defend itself, but it has long pursued a policy of “strategic ambiguity” about whether it would intervene militarily to protect Taiwan if China attacked it.

For his part, a White House spokesman said that Biden, with his recent statements, “has not announced any change and there is no change in our policy” on Taiwan.

“The US defense relations with Taiwan are guided by the Taiwan Relations Act. We will stick to our commitment under the law, we will continue to support Taiwan’s self-defense, and we will continue to oppose any unilateral changes to the status quo,” the spokesman added.

Seasoned US diplomat Nicholas Burns said during a Senate Foreign Affairs Committee hearing to consider his confirmation as US ambassador to Beijing, that China should not be “trusted” with regard to Taiwan.

During the session, Burns stressed the need for the United States to sell more weapons to Taiwan to bolster the island’s defenses against China, and denounced recent Chinese incursions into the Taiwan Air Defense Determination Zone.

Taiwan, with a population of about 23 million people, has been run for 75 years by a regime that sought refuge on the island after the Communists seized control of mainland China during the Chinese Civil War.

Beijing considers Taiwan an inalienable part of Chinese territory, stressing that sooner or later it will recover the island, and by force if necessary.