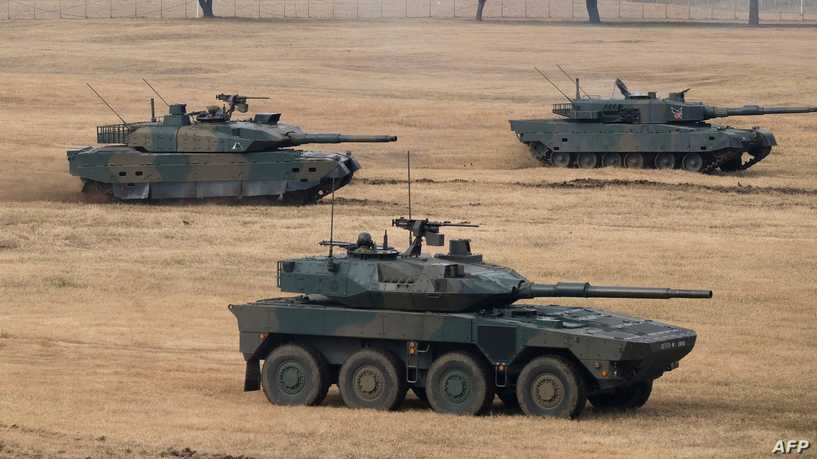 For the first time in almost 30 years, Japan’s Ground Self-Defense Force (GSDF) is conducting a massive nationwide military exercise to prepare troops for potential conflict. Since mid-September, about 100,000 personnel, 20,000 vehicles and 120 aircraft have been participating in various exercises across the country focused on operational readiness. In recent years, the Indo-Pacific regional has become a focal point of tension, with GSDF officials saying the security environment surrounding Japan is the worst it’s been since the end of World War II.

“This Ground Self-Defense Force exercise is truly focused on improving operational effectiveness, deterrence and response capabilities,” said Col. Noriko Yokota, GSDF spokesperson “Each unit is conducting the exercise with an eye to what is necessary to achieve this goal. They are preparing themselves so that they can respond with confidence when they are forced to take further action.”

Since mid-September, about 100,000 personnel have been participating in various drills across the country.
Earlier this week, North Korea said it had successfully test-fired a new ballistic missile from a submarine that landed in the Sea of Japan, also known as the East Sea. Meanwhile, further south, China has been ramping up pressure on Taiwan by sending military jets into its Air Defense Identification Zone.

Without identifying any country by name, GSDF officials say regional powers are willing to change the status quo by force — and one country in particular continues to develop nuclear weapons, missiles and challenge the non-proliferation system.

“The current security environment surrounding Japan is extremely severe,” said Lt. Gen. Yuichi Togashi, Commanding General of the 2nd Division GSDF. “We, the Self-Defense Forces, are required to enhance the effectiveness of operations.”