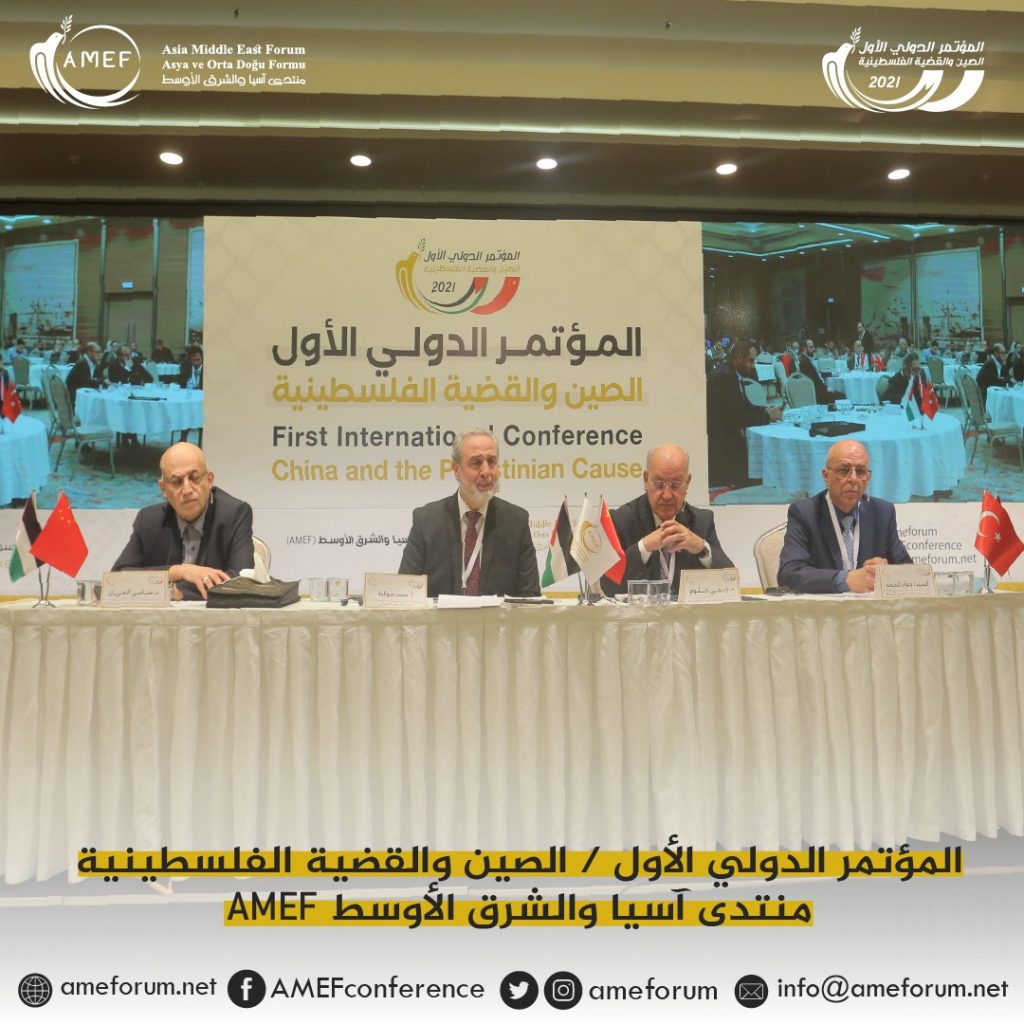 This came during the second session of the international conference “China and the Palestinian Cause”, which was held under the title “The Chinese Renaissance and the Middle East”.

The director of the Zaytouna Center for Studies and Consultations, Dr. Mohsen Saleh, said that China’s relationship with the Israeli occupation is based on the Israeli attraction, which is obtaining arms, trade exchange, and benefiting from occupation lobbies in the Western world with controversial issues.

Dr. Mohsen indicated that there are determinants that make China think about its theory on the basis of which it deals with the Middle East, including the relationship with the United States, and its need for Western weapon technology, noting that today it has become somewhat satisfied with its industries.

He continued, “China considers Israel a gateway to the United States and a gateway to arms and influence in the Western world, but this has regressed to some extent due to the decline in the relationship with the United States, while China remains keen on the economic system,” noting that there is no religious, cultural, historical or colonial background, which makes Beijing hostile with Palestine.

Dr. Mohsen added, “There is a different international position for China from what it was when it adopted the policy of peaceful rise, that is, a new international positioning and the possibility of its entry as a new player or new influence in the region, and a decline in China’s basic needs from the Israeli occupation and the Western world, and thus a decline in the basic value of Israel.”

He pointed out that there are variables that could push China to play a more effective role in the Middle East and the Palestinian cause, calling on the Palestinian, Arab and Islamic sides to activate dealing with China and upgrade the relationship to serve Palestinian interests.

As for the researcher at the Center for Middle East Studies at Sun Yat- San University, Mr. Dawood Al- Malhi, stressed that the Chinese and Arab sides suffer from the dominance of the unipolar, the United States, and its hegemony and pressure on countries, which makes there a greater scope for rapprochement between the two sides.

Mr. Dawood Al- Malhi pointed out that there are obstacles preventing Arab-Chinese rapprochement, including the Chinese people’s lack of understanding of Arab culture and the Palestinian-Israeli conflict, in conjunction with an Arab failure to market the Palestinian cause, whether to China or even to other countries.

For his part, the head of the Pakistan-Chinese Institute, Mustafa Hyder Sayed, said that it is necessary to speak with one voice with China on the Palestinian issue, and to form an alliance to pressure it to provide clear support for the rights of the Palestinian people, noting that the interests that China wants to achieve, especially the liberation from American containment policy.

Sayed added, “The Palestinian people should work unified to market their cause, have reasonable demands and set realistic expectations from China. We cannot ask China to sever its relationship with Israel, as its commercial interests with it are great and it cannot be marginalized along with the technological industries.”

He demanded the establishment of a real platform that expresses the Palestinian cause directed to China, and work to create a real presence in Beijing that represents the Palestinian people and engage with universities, the Communist Party and other aspects of politics.

In turn, Prof. Ding Long, an academician at the Institute of Middle Eastern Studies and Shanghai International Studies University, explained that China considers Palestine an important part of the national liberation movement in the Middle East, and views Israel as a nascent state for the West.

Prof. Long added that China, the Oslo Accord, prompted China to support the settlement process and the two-state solution, and gradually began establishing official relations with Israel and cooperating with it in several areas, noting that this cooperation was not done at the expense of the position on the Palestinian issue.

He believed that China’s position on the Palestinian issue has not been affected and it still supports the rights of the Palestinian people, despite the waves of normalization in the hands of Arab countries and Israel, indicating that Beijing is ready to play a greater role in advancing the peace process in the Middle East.