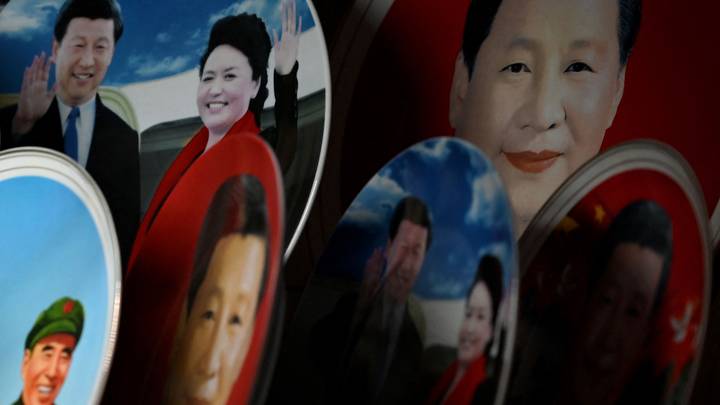 It seems that there are opportunities for China to reconsider its approach to the peaceful rise on which its international foreign policy has been based since 2003, because many important developments and changes have occurred over the past 18 years, which may affect the foundations on which this theory was built.

A few days ago, I had the pleasure of participating in an international conference held in Istanbul by Asia Middle East Forum (AMEF), in cooperation with a Chinese university, on China and the Palestinian Cause, and I would like to share with the honorable reader some of the ideas I presented in my paper.

Since China adopted the Four Modernizations in 1978, it has turned its back on the Cultural Revolution, and has gradually moved towards a pragmatic policy that gives priority to interest over ideology, and has adopted policies of openness and economic development, while maintaining the dominance of the Communist Party over political and public life.

In 2003, the Chinese strategic thinker Zheng Begian formulated the theory of “peaceful rise”, which talks about China’s gradual transition to a major player in international relations, but without threatening the security and stability of the international system, and the use of soft power tools as a basis for this rise. It is a theory consistent with the theory of peaceful development of former President Hu Jintao.

This theory tends not to indulge in regional conflicts, which explains its absence from the “international quartet” related to the Palestinian issue. It is keen to appear at the same distance from the conflicting parties, does not have a global political project, is based on the policy of “say your word and walk,” and only stresses the issue of Taiwan, which it considers a national issue.

Through this vision, China wanted to gain time in developing its economy, its military forces, and its high technological capabilities, that is, strengthening itself in various fields, until it becomes in a position to impose itself internationally. Has the theory of the “peaceful rise” exhausted its purposes, and it is time for China to define its new position and aspire to new goals?!

In this article, we focus on four main indicators, noting that each of them has many sub-indicators. We will have to choose some of them due to the limited size of the article.

The first indicator is the economic indicator that has made huge leaps compared to all countries of the world. We note that China’s GDP jumped from 1.66 trillion US dollars in 2003 to 14.72 trillion dollars in 2020, an increase of 887%, doubling its size nearly nine times. And after it was ranked sixth in the world, it rose to second place after the United States. As for the countries that preceded it (Britain, Germany, France and Japan), the Chinese GDP became greater than the total output of these countries combined (14.18 trillion dollars in 2020) by about 540 billion dollars. China’s GDP is expected to catch up with that of the US before 2030.

China has industries in almost all fields, and has been able to improve its quality while maintaining very competitive prices. China has also entered into giant projects such as the Belt and Road project, which includes about 70 countries, covering 65% of the world’s population, and includes global trade routes, ports, railways, and others.

The second indicator is the great military rise. It is noted that the Chinese military budget was $33.14 billion annually in 2003, and it was the fifth globally, in terms of military spending, and was equivalent to about 7.6% of the US military budget only, but it jumped to $252.3 billion in the year 2020, an increase of 760%, which is more than the total budgets of Russia 61.9 billion, Britain 59.2 billion, France 52.8 billion, and India 72.9 billion (totaling $246.5 billion) for the same year. Although it is still far from the United States ($778 billion), it expresses a qualitative new global military positioning.

In addition to the fact that China has about 350 nuclear bombs, it has managed in the past years to develop weapon technology, and it has become less in need of Western technology than before. One of the most prominent indicators of its progress was the discovery of the tremendous progress in hypersonic missiles, the most prominent of which was the Dongfeng 41 (East Wind) missile, an intercontinental missile that can carry ten nuclear warheads, and can fly at a speed of up to 25 times the speed of The sound (510 kilometers per minute), and its range of more than 12 thousand kilometers, which constitutes a serious strategic challenge to the Americans in this regard.

The third indicator is scientific progress and broad technological development, a development that the world notices in China’s performance in many aspects. For example, we note that the number of patents registered in China (for residents) was about 32,000 in 2007, compared to about 80,000 in the United States, while in 2019, patents in China jumped tremendously to 361,000 compared to 167,000 in United State. To clarify the differences further, what Russia recorded in the same year was 20,000, and Germany and France about 12,000 each.

In the means of communications, especially the fifth generation 5G, exceptional Chinese progress, which prompted the United States to impose severe sanctions against Huawei, for example, and China recently launched a satellite that works with the sixth generation 6G technology (for example, it can download 142 films in one second).

The fourth indicator relates to the network of political relations and the broad economic and investment interests that China has managed to weave over the past years, so that it has become the strongest presence in Asia and Africa, and in the system of mutual interests with many countries. This indicator is reinforced by the absence of a hostile colonial past for China, which facilitates its acceptance by the countries and peoples of the world, in contrast to the imperialist colonial image of America and Western countries.

The previous indications do not mean that China has achieved all its goals of “peaceful rise”, nor that it has become in a global position superior to the United States, it still has a long way to go. However, it is clear that China’s global position in 2021 has a huge strategic change from that in 2003, and that many of the goals of the “peaceful rise” theory have been achieved, and that a number of the facts on which this theory was built no longer exist. Moreover, the peaceful rise of China did not succeed in alleviating the American sense of the dangers of the rise of this genie, which made America focus in competition and potential risks on both sides of the Pacific Ocean, and the rise of China became faced with obstacles and obstacles, which put it in the corner of self-defense, and activate its global political role. And if we take into account a number of manifestations of the global American decline, and the world’s move towards a multipolar system, then China, which imposed itself, will sooner or later find itself reviewing its theory of “peaceful ascent” to present a developed vision commensurate with its new global position, and to face challenges resulting from this new positioning.

On the other hand, there are still a number of soft sides in the Chinese system. The Chinese system is still a communist political system under one-party rule, with hybrid components of a pragmatic system and an economic system intertwined with capitalist contents. It suffers from real crises in the spread of corruption and lack of transparency; He also fears the potential high costs of openness and political freedoms. The system suffers from social problems that resulted from birth control, the behavioral and value decline of the young Chinese generation, and the repercussions of the phenomenon of globalization and consumer phenomena on Chinese society. This may make the transition to a new vision with a new global position a difficult process, which may delay the possibility of downloading it to the ground.