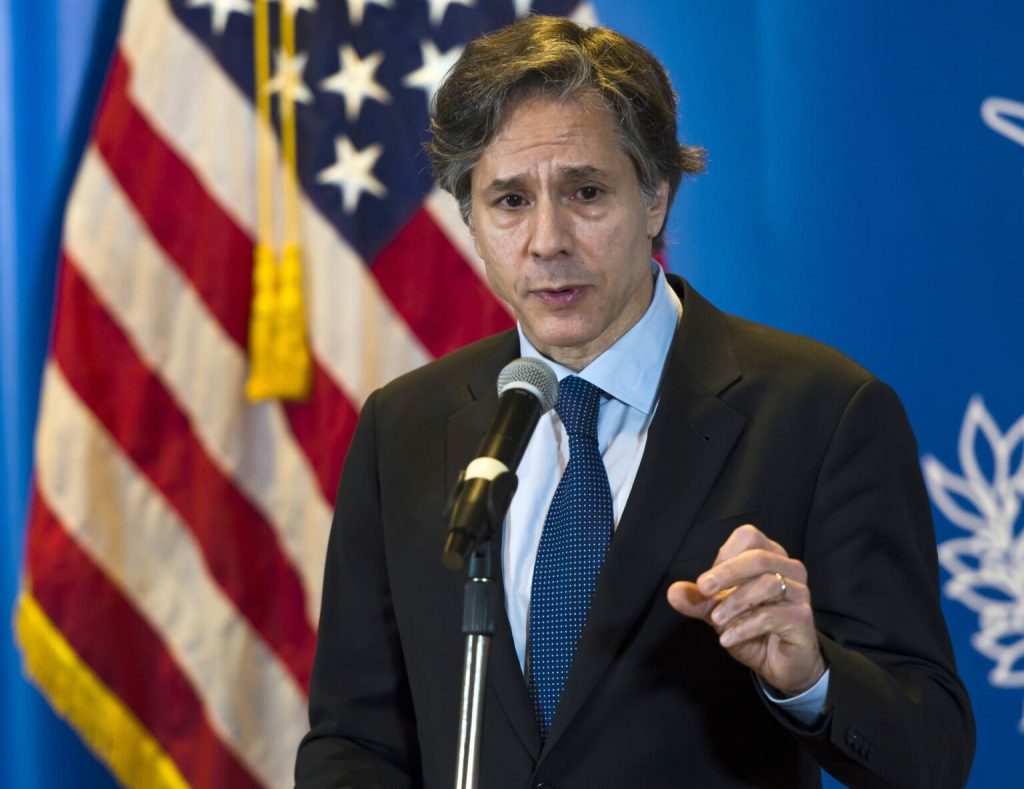 US secretary of state Antony Blinken has used a visit to Indo-Pacific to urge China to cease “aggressive actions” in the region, as Washington seeks to bolster alliances against Beijing.

President Joe Biden’s administration is trying to reset relations and reassert its influence in Asia after the turbulence and unpredictability of the Donald Trump era.

Blinken’s comments came in Indonesia, the first leg of a tour of south-east Asia, the latest visit to the region by a senior US official in recent months.

In a speech outlining the US approach to the Indo-Pacific, Blinken said Washington would work with allies and partners to “defend the rules-based order” and countries should have the right to “choose their own path”.

“That’s why there is so much concern – from north-east Asia to south-east Asia and from the Mekong River to the Pacific Islands – about Beijing’s aggressive actions.

“Claiming open seas as their own. Distorting open markets through subsidies to its state-run companies. Denying the exports or revoking deals for countries whose policies it does not agree with.”

“Countries across the region want this behaviour to change – we do too,” he said, during the speech at the University of Indonesia in Jakarta.

He added that Washington was “determined to ensure freedom of navigation in the South China Sea”, and said Beijing’s actions there threatened the movement of more than $3tn worth of commerce every year.

But Blinken also stressed that “it’s not about a contest between a US-centric region or a China-centric region – the Indo-Pacific is its own region”, and said Washington wanted to avoid conflict there.

China claims almost all of the resource-rich South China Sea, with competing claims from four south-east Asian states as well as Taiwan.

Beijing has been accused of deploying a range of military hardware including anti-ship and surface-to-air missiles there, and ignored a 2016 international tribunal decision that declared its historical claim over most of the waters to be without basis.

US-China tensions have soared over self-ruled, democratic Taiwan, which China claims as its territory and has vowed to retake one day, by force if necessary.

Blinken is seeking to highlight south-east Asia’s growing importance to US foreign policy on the trip, even as his administration has to contend with myriad other crises, from Iran to Russia.

Countries in the region face an increasingly tough task of trying to maintain good relations with both Beijing – a key trading partner – and Washington, vital to maintaining the region’s security.

Russia is also trying to assert its influence in the region.

The US-China relationship has deteriorated over a range of issues from cybersecurity and tech supremacy to human rights in Hong Kong and Xinjiang.

Biden has largely continued Trump’s hawkish stance on China, describing the Asian power as the pre-eminent challenge to the United States.