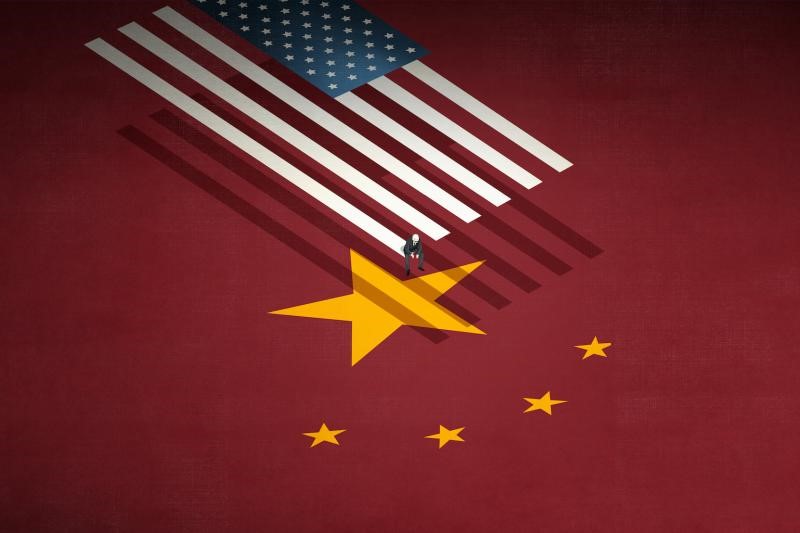 The Chinese dilemma for the United States is unparalleled and unprecedented in terms of the challenges facing Washington since the nineteenth century.

The exceptionality of the Chinese dilemma lies in its intrinsic components, both natural and acquired. Beijing does not rely on other countries to support it. Not within international blocs in search of immunity and immunity. It is guided by a strict, ideologically centralized system of government; Harmonious with the social and economic values ​​of society. Political ideology is identical until it integrates with all sectors of life. A human mass is about three times the size of the American human mass.

It draws inspiration from all economic theories throughout history that helps it reach the highest levels of the global economic throne so far. It follows a cautious, flexible and deliberate policy on the international scene without compromising its prestige and prestige or the pillars of its strategic relations with major countries or major international blocs. It has its red lines in more than one area, which it considers to be within its areas of vital influence, and it has interests in it. Its development rates are constantly rising. Its historical, cultural, imperial, political and social heritage gives it many ways of exclusivity and exclusivity. It chose the economy as a way to build the growing internally and externally; She singled out her commercial fan to shade the whole world with her products.

It infiltrated most of the world markets through a decisive principle of providing each market with the commodities it desires according to its needs, capabilities, capabilities and income levels. With its merchandise production, it addressed the different tastes of consumers in the four corners of the earth. It managed to eradicate extreme poverty among its population of more than one billion people.

The US side realizes that China no longer poses a containable economic and trade challenge only, but also represents a major security challenge to its interests, based on two realities; The first: the enormous self-capabilities in all aspects. As for the second fact, it stems from the association of most of the world’s production wheel economically with the international trade movement in China, and this specifically represents a challenge no less complex and difficult for Americans than the rest of the other challenge factors, because it created a state of overlap and intertwining between Beijing’s interests And the interests of countries allied to Washington, and these countries are no longer in the process of relying on economic and commercial alternatives that meet their needs in order to waste their gains with China on the one hand, and they also seem to adhere to their options related to the low financial costs that they provide to their budgets on the other hand.

There is no doubt that the Biden administration’s options are limited in its quest to confront China, including excluding direct military confrontation with it. Wars may occur through proxies, and this does not end a problem nor resolve a fate. China does not appear to be in a state of anxiety, and its behavior and stances do not reflect an escalating tone, even though it is full of challenge and rejection of the American proposals. It does not show interest in most of the provocation attempts it is exposed to in the South China Sea, Hong Kong and some areas of its influence. Rather, it maintains a disciplined rhythm in expressing its positions. The most likely options tend towards developing joint strategies for understanding on the basis of achieving greater economic cooperation and studying some troubling security issues on each side, and focusing on creating opportunities for developing and revitalizing relations between them, especially since the two sides enjoy the two largest economies in the world with a bilateral trade volume of more than $560 billion. annually.

A comprehensive and final settlement between them is elusive due to multiple factors; The most prominent of which is the strength, ability, and ambitions of each party. Neither the Americans will accept China’s dominance at their expense, nor will the Chinese be ready to accept the second place in the world after the spread of their economic clouds and commercial ships in the world’s spaces and land.

Sino-US relations, in their various frameworks, have entered a new turning point. What is new about it is that each side puts its cards on the table without equivocations or agents, in the sense of moving from the backstage struggle to the stage and unveiling. The Americans are keeping track of files of “deep concern” due to China’s commercial, human rights and political behavior, with their readiness to discuss several issues, including North Korea, Afghanistan, Iran and human rights, and sometimes declare that they do not want conflict, but rather welcome competition.

The Chinese side takes advantage of every opportunity to vow to take resolute measures against American interference and declare that the United States is using its military power and financial power to impose long-term tutelage and suppress other countries, and that it misuses the so-called national security concepts to obstruct normal trade transactions and incite some countries to attack China.

There is no room to talk here about a cold war between the two most powerful poles on earth, and the proposition is not logically consistent with any such description. Rather, competition seems more complex than the means of any cold war. Alliances with regional and international blocs on the world stage, and Beijing as the largest human, economic and commercial force on the face of the globe, and it has alliances with well-established and influential international powers; Both of them constitute a balance for the balance of the world, and therefore it is very difficult to disrupt it or allow it to be disrupted because of the risks that this entails for everyone, including the American and Chinese parties.