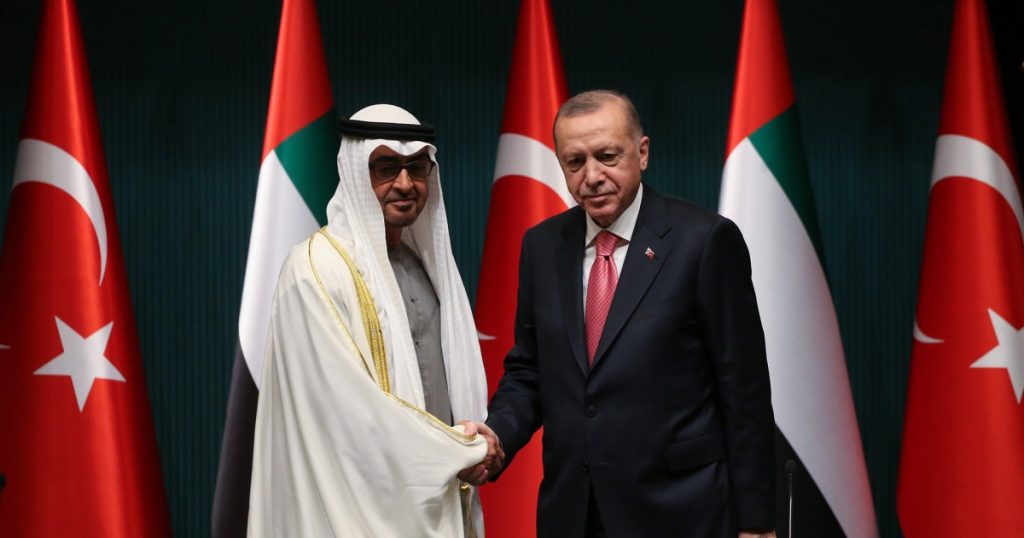 Turkey and the United Arab Emirates’ (UAE) recent attempts to normalize relations and repair broken ties can be seen as the latest reflection of the new realities taking shape in the Middle East and Gulf region, experts said, noting that all regional powers seek to maximize their interests and rational gains through cooperation, rather than escalating tensions and conflicts as the new status quo emerges.

In recent years, de-escalation has become a trend among the powers of the Middle East and Gulf after years of regional rivalries that rose to new levels especially after the Arab uprisings in 2011. The United States’ attempts to end its active involvement in the region and the emerging power vacuum as a result caused regional actors to reevaluate their positions. Accordingly, many countries are taking steps to mend frayed relations and ensure future cooperation. One question that arises from the recent Turkey-UAE rapprochement is whether it can be seen as another example of this regional trend.

Mustafa Yetim, an academic at Eskişehir Osmangazi University and expert at the Center for Middle Eastern Studies (ORSAM), said the new regional realities that arose after the Arab uprisings, the U.S. decision to limit its military engagements in the region and “smaller” Gulf countries’ security concerns were the main catalysts for the recent Gulf-based normalization processes.

“Therefore, the recent attempts to normalize and reduce tension in relations are attempts to readjust the relations of the leading actors in the region within the framework of new regional realities, rather than being based in the UAE,” he said.

Nurşin Güney, an academic from Nişantaşı University, also confirmed that the recent rapprochement between Turkey and UAE can be seen as a part of the wider trend of de-escalation in the region, however, this is not the only reason, she said.

One factor is the lifting of the blockade imposed by regional powers, including the UAE, on Qatar. The end of the blockade does not mean that all issues between the Gulf countries have been solved, but it is an improvement, Güney said, one that positively affects Turkey-UAE ties.

Turkey, an ally of Qatar, rushed to support Doha amid the embargo imposed by the UAE and three Arab states in 2017 and has since deepened its military ties with Qatar. The Arab quartet at the time demanded a series of reversals by Qatar, including the expulsion of Turkish troops, but Doha rejected the demands, which it saw as violations of its sovereignty. The dispute was resolved earlier this year with an agreement signed in Saudi Arabia.

Güney also pointed to the change of administration in the United States having an impact on the dynamics of the region. “During the (former U.S. President Donald) Trump era, a special relationship with Saudi Arabia and UAE was constructed by giving them a lot of credit. Also, there were other developments such as recognizing Jerusalem as the capital of Israel, the signing of Abraham Accords and the relocation of embassies. When (U.S. President Joe) Biden took the rule, the process of de-Trumpization was launched and these policies were abandoned.”

During the Biden era, these countries had to cultivate more institutionalized ties based on normalization with the U.S., Güney said and added that as a result of this reality, they began to diversify relations so as not to be isolated in the event the U.S. abandoned them.