Afghanistan economy in ‘freefall’, threatening to take entire population with it 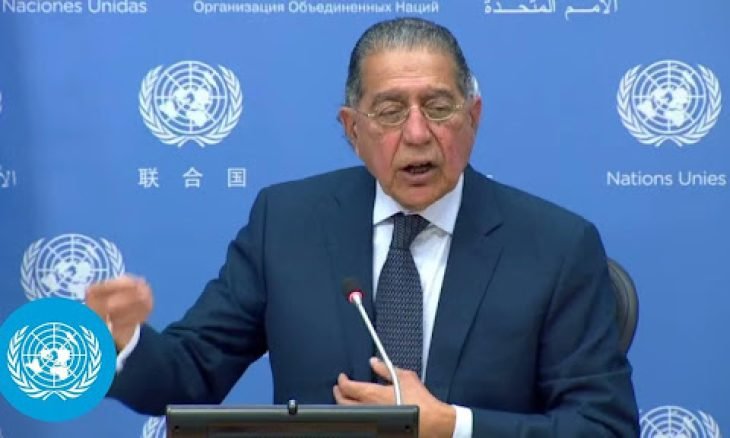 The UN Security Council unanimously adopted a resolution on Wednesday proposed by the United States that would facilitate humanitarian assistance to Afghanistan for a year, in light of the great economic difficulties experienced by this country, in the hope that the Taliban would not exploit it, which welcomed the text.

The resolution provides for “allowing the payment of funds and financial assets” such as “securing necessary goods and services” to meet “basic humanitarian needs in Afghanistan,” without this matter constituting a “violation” of the sanctions imposed on entities linked to the Taliban.

The adoption of the resolution constitutes a first step for the United Nations towards Afghanistan, which has been ruled by the Taliban regime since last August, without being recognized by the international community until now.

A Taliban spokesman said the UN resolution was a “good step” forward.

The resolution aims to reduce the flow of refugees fleeing poverty into Afghanistan’s neighboring countries, as well as to meet a growing need for assistance, the United States noted.

Contrary to a previous version of the text that included the exception of specific penalties according to each case, the decision issued includes the provision of humanitarian assistance on a large scale.

The Chinese ambassador to the UN, Zhang Jun, stressed that “humanitarian aid and vital assistance should reach the Afghan people without any hindrance,” considering that “artificial conditions or restrictions are unacceptable.”

In an effort to ensure that aid actually reaches Afghans so that the Taliban does not benefit from it, the resolution stipulates that the general exceptions associated with humanitarian assistance be reviewed after twelve months.

China said Wednesday that it does not consider the mandate to expire after a year, despite the indication.

During the negotiations, France and India requested that the resolution be valid for only six months, according to diplomats. But they did not succeed in changing Washington’s position.