Afghanistan..the ten-year war that was the graveyard of the Soviet Union 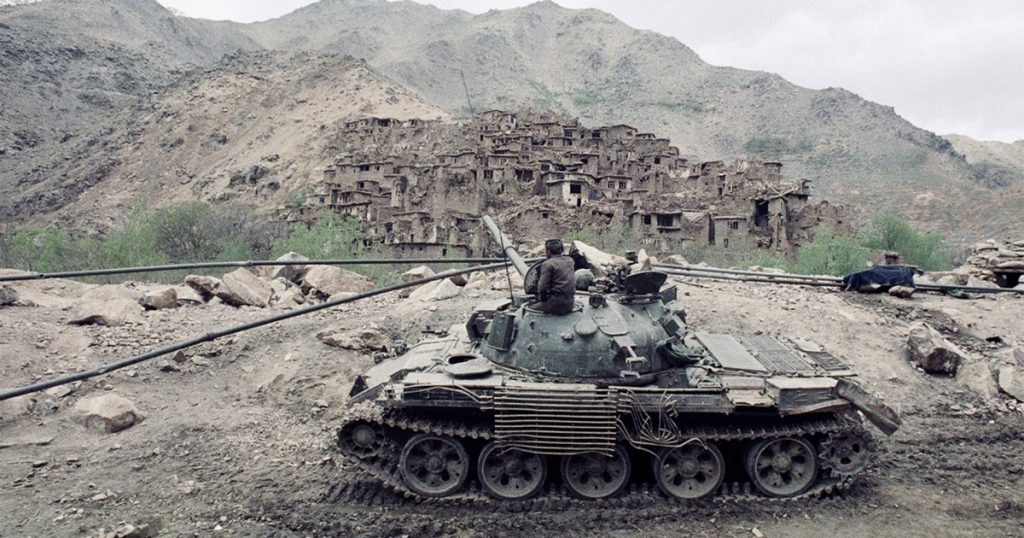 Despite the distinction that characterized the relations of the two countries over the course of the twentieth century, the Soviet Union invaded Afghanistan on December 25, 1979, in a campaign that even the Soviet people did not know at the time, and it was called the last battle of the Cold War.

The first thing the Soviets did was that they assassinated Afghan President Hafizullah Amin and installed in his place Bark Karmel – who was a tool in the hands of the Kremlin – so that the country would witness a bloody war and conflict that decided the fate of the Soviet Union and the entire communist bloc, and changed the face of the world.

And the commander of the Soviet forces in Afghanistan, Boris Gromov, said – in his speech to the documentary program “Afghanistan .. The Ten Years’ War” – that he had found himself in a completely difficult situation and in a war that the Soviet leadership did not specify a duration, noting that the United States of America welcomed the Soviet invasion of Afghanistan.

Because it wanted the Soviets to fight a war that would weaken them economically, politically and militarily, which is what actually happened.

The documentary program shows how the Afghan resistance responded from the beginning to the Soviet invasion, which was indicated by Michael Barry – the coordinator of the “Doctors of the World” mission, and a professor at the American University in Kabul – who said that “the main Afghan resistance was voluntary and popular.”

For his part, Qasim Akrami – a resistance from the state of Panjshir – spoke of a group of 20 people – whom he described as Mujahideen – who planned to attack a column of Soviet vehicles, which led to the deaths of Soviet soldiers.

And the Soviet leadership – at that time – exercised a media blackout over its losses in Afghanistan, as it hid what was happening from the Soviet people, especially since the press and the media were at the mercy of the authorities that controlled information by publishing what they wanted and hiding what they wanted.

According to Sorbonne historian Marie-Pierre Rey, the Soviet leadership was criticized for the coffins of the Russian army’s dead, when people realized that their leadership had lied to them about the Afghanistan war, which Rey said was “totally legitimate.”

Speakers for the documentary stress that there is not much difference between the American war in Vietnam and the Soviet war in Afghanistan.

The commander of the Soviet forces Gromov asserts that when Mikhail Gorbachev took power in March 1985, someone whispered in his ear that 6 years of war in Afghanistan was too long for the Soviet forces, and that huge money was spent and material and human resources were squandered, which harmed the country.

Gromov adds that people were wondering – even within the Soviet Union – about the victory achieved by the Soviets 6 years after the invasion.

For historian Ray, the Soviet intervention in Afghanistan was a thorn in Gorbachev’s throat.

Nine months after the Soviets withdrew from Afghanistan, the Berlin Wall fell on November 9, 1989, freedom triumphed, and even in Moscow people brought down statues, then the Soviet republics declared their independence one by one, and the days of communism and the Soviet Union were numbered.

As Afghanistan was called the “graveyard of empires,” it was the graveyard of the Soviet Union, which ceased to exist in December 1991, two and a half years after the withdrawal of its forces from Afghanistan.