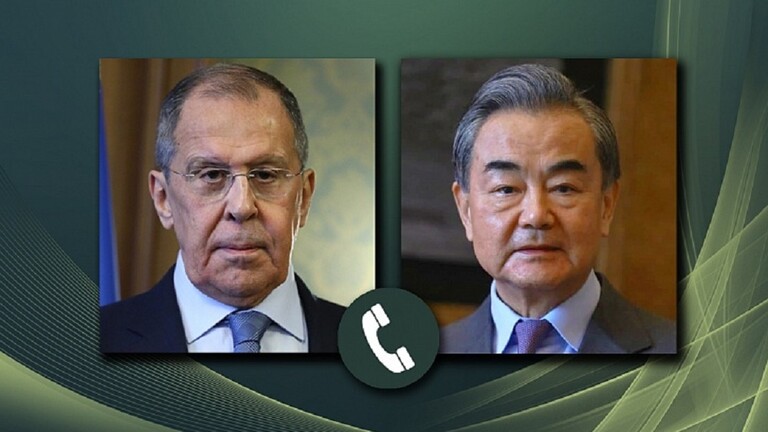 Russian Foreign Minister Sergei Lavrov discussed with his Chinese counterpart Wang Yi the latest developments in Kazakhstan, affirming their support for its leadership’s efforts to restore constitutional order in the country.

On Monday, the Russian Foreign Ministry said in a statement that Lavrov and Wang Yi had a phone call, where they evaluated the results of the development of bilateral relations between their countries in the past year and discussed the progress of preparations for Russian President Vladimir Putin’s visit to China next February.

The statement noted that the two ministers paid “particular attention” to the situation in Kazakhstan, as “both parties expressed their firm support for the efforts of the Kazakhstan leadership to establish the constitutional order in the country.”

The Russian Foreign Ministry pointed out that “the two ministers were united in their assessment of the situation in Kazakhstan and stressed their concern about the interference of external forces, including through the participation of foreign mercenaries in attacks on civilians and members of the security services, and the seizure of government institutions and other facilities.”

The two ministers noted that “decisive actions by the Kazakh President, Kassym Gormat Tokayev, were timely and commensurate with the scale of the threat faced by the republic.”

The statement said that the Chinese foreign minister “positively evaluated the measures taken by the CSTO in response to a request from the leadership of Kazakhstan with the aim of normalizing the situation in the country.”

The two ministers also drew attention to the role of the Shanghai Cooperation Organization in ensuring security in Eurasia, including the Central Asian region.

Lavrov and Wangyi expressed their conviction that peace and tranquility would return to Kazakhstan, and agreed to maintain close contacts on the Kazakh file and other urgent international issues.