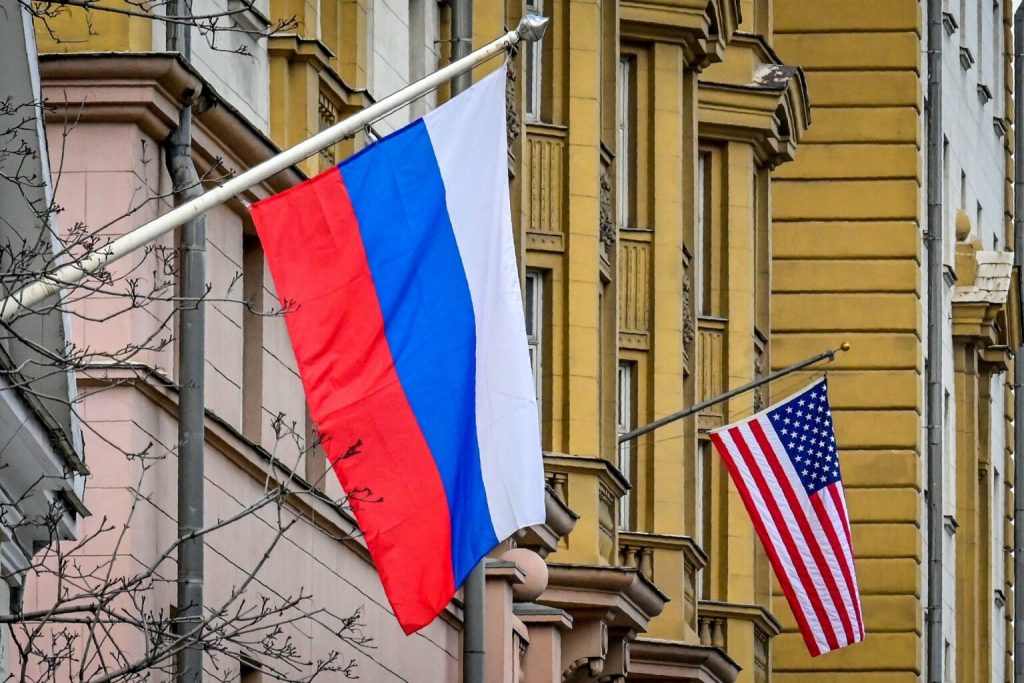 Political analysts considered Russia’s decision last week to support the government of Kazakhstan in crushing an uprising, and China’s reaction to remain silent about the protests, as further evidence of a kind of geopolitical balance in one of the vital regions of the two countries, where Moscow remains the main guarantor of security, and China only exercises its influence through investment.

But the American writer Clara Ferreira Marques sees in an analysis by Bloomberg News Agency that this is not entirely the case, and says that the effects of the protests in Kazakhstan, due to the increase in fuel prices, would push to the surface buried tensions between the two arch-friends, about what is happening in the backyard of each Both, against a changing background, already threaten the notion of an informal shared structure of interests.

Certainly, the unprecedented move by the Collective Security Treaty Organization, led by Russia, to send troops to Kazakhstan in response to the request of President Kassym-Jomart Tokayev, has strengthened Moscow’s role as a regional protector, or at least, as a protector of friendly authoritarian regimes, as Marquez described. The organization, which includes Russia, Belarus, Armenia, Kazakhstan, Kyrgyzstan and Tajikistan, did not take a similar step during the conflict between Armenia and Azerbaijan in the Nagorno-Karabakh region in 2020.

As for China, it did not have a strong direct intervention, and initially remained silent, then declared that the Kazakhstan protests were an “internal affair.” Later, it echoed the official, suspicious speech, and declared its opposition to the “color revolutions,” and its support for the war against the “three forces of evil, which are meant by extremism, separatism and terrorism.

The split-backlash approach was useful, as it allowed Beijing to pursue its interests behind a veil, without direct interference. Meanwhile, Russia has been able to downplay the growing presence of a rival power on its southern border. The Russia-Eurasian Economic Union, which represents Russia’s integration efforts, works hand in hand with China’s large-scale Belt and Road Initiative. Although Central Asia is important to Moscow, no countries are as central to Putin’s sense of national identity as Ukraine and Belarus.

But the difference is much less than the difference that the adage describes as “the gun and the wallet”, which means “weapon and money” or what the past few days have shown, and the balance is less secure.

As for the “portfolio”, while trade between the region and China has increased, and the volume of Chinese investments in the fields of energy, mining and infrastructure has increased tremendously, Moscow’s relations with the region remain strong, as Russian companies still constitute a large part of the business owned by foreigners in the region. Russia is still a huge magnet for labor from it. Remittances from workers abroad represent nearly a third and more than a quarter of the GDP of Kyrgyzstan and Tajikistan, respectively.

Most important to this balance, though, is the “Venice.” China has used pipeline and hydrocarbon leases (oil, gas, and coal) as a major approach to strengthening its ties in the region. Beijing also has important military ambitions and security concerns, especially in a neighborhood that constitutes a necessary buffer zone between Afghanistan and China’s western border regions, where there are minorities that do not belong to the “Han” nationality, and they have suffered from the Chinese oppression machine.

Under the leadership of a brave president like Xi Jinping, Marquez says, China has adopted a loose interpretation of non-interference, overriding the recommendation of late leader Deng Xiaoping that it should hide its power, wait for the right moment and “never claim leadership.” A greater role in the geopolitical arena, and expanded the scope of its security influence abroad, including Central Asia.

China has also strengthened its regional security relations with the Shanghai Cooperation Organization, which includes Russia, and also, since 2016, with the “Quadruple Cooperation and Coordination Mechanism” to combat terrorism, which also includes Afghanistan, Pakistan and Tajikistan. None of these things make Russia comfortable.

Moreover, events in Kazakhstan may prompt Beijing to reassess the vulnerabilities of its vast neighbor, an important source of uranium, oil, gas, and copper. It was not an endorsement that China chose Kazakhstan to launch its mega project, the Belt and Road Initiative, in 2013.

Marquez noted what Timur Umarov of the Carnegie Endowment in Moscow had told her that China had limited power to meddle in Kazakhstan’s domestic politics. In this context, and despite China’s relations with the elite (without the mistrustful peoples), Moscow still has the upper hand, as Putin still has many commonalities with local influential figures more than the Chinese president, which gives the Russian leader confidence to intervene. and support one party or the other. China can only wait.

It is not yet clear what would happen if China’s huge interests and investments were threatened. Kazakhstan’s current president, Tokayev—whose handcuffed predecessor, Nursultan Nazarbayev, long tied his hand—has changed the country’s elite guard.

Marquez said that Alexander Cole, a political scientist at Barnard College and an observer for Central Asia, told her that the arrest of Karim Masimov, the former prime minister and head of the National Security Committee of Kazakhstan, until recently, on suspicion of treason, shook Beijing. Masimov is loyal to Nazarbayev, and at the same time Time has a Uighur heritage in China, speaks Mandarin Chinese, and was seen as the highest representative of the Chinese lobby in Kazakhstan.

The American writer says that none of this indicates the outbreak of conflict in the region, or even what analysts describe as the “Great Game” scramble. China and Russia are still two authoritarian regimes, with similar interests, not least of which is maintaining stability.

In concluding her report, Marquez says that countries such as Kazakhstan will continue to seek diplomatic balance, but that Russia’s economic capacity to support regimes is not increasing. In light of the expected changes. China may no longer hope to remain on the political and security sidelines in the region.