Will China support Russia in event of war? 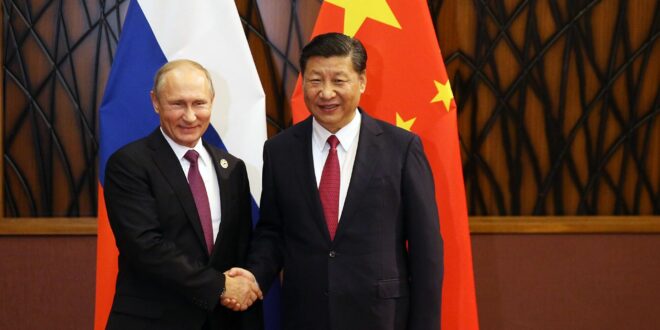 Victor Sukirko wrote, in the “Nezavisimaya Gazeta”, about China’s position on Moscow’s crises with the West, and the dangers of drawing Russia into a war.

The article read: A senior Pentagon official said Taiwan’s defenses need to be strengthened. After that, two groups of American aircraft carriers and Japanese ships conducted joint exercises, during which they demonstrated their readiness to help the island in the event of an invasion by the People’s Republic of China.

The American press has begun to assert, citing sources in Washington, that Chinese President Xi Jinping may see an opportunity that the crisis over Ukraine does not allow the United States to put enough resources in East Asia and fight on two fronts. This means that conditions are very favorable for the final solution of the Taiwan issue.

Tokyo-based Russian journalist Vasily Golovin has reported that in conservative right-wing Japanese circles they assume that China, which has developed close ties with Ukraine for a long time, is not at all enthusiastic about the possibility of a military conflict there. The Sankei newspaper, the mouthpiece of the right-wing in the Japanese political center, confirmed the absence of unity of opinion between Moscow and Beijing on the Ukraine problem.

However, in Beijing, they see such publications in the Western and Japanese media as attempts to sow discord between China and Russia.

In this regard, the Deputy Director of the Institute of World Economy and International Relations of the Russian Academy of Sciences, Alexander Lomanov, told “Nezavisimaya Gazeta”: “I believe that the Chinese Foreign Ministry, in the worst case scenario, will call for a settlement, preventing the use of armed forces. At the same time, it will Of course, in no case will China be directly involved in the conflict. Here, it is worth recalling the events of 2008, when the conflict erupted in Georgia, during the Summer Olympics in Beijing. China has not taken any real action. Now, if the West starts imposing the promised sanctions against Russia, China will try to exploit the situation to strengthen its economic presence in Russia.”