Pakistan: Afghan territory is still being used against us 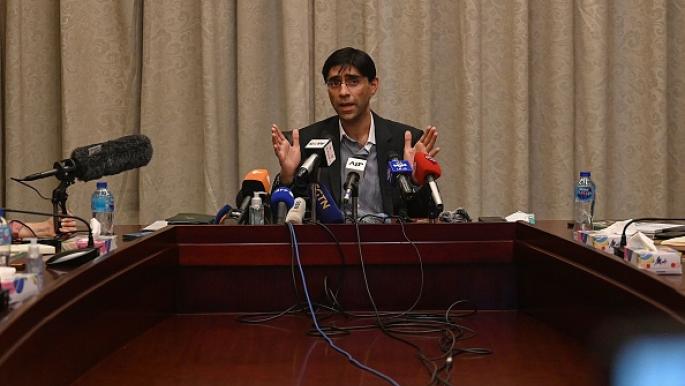 Pakistan’s National Security Adviser Mueed Yusuf confirmed today, Thursday, that Afghan territory “is still being used against Pakistani interests” and that there is a “coordinated network working against Pakistan”.

While briefing the Parliamentary Committee on Foreign Affairs on the challenges facing his country internally and externally, Yusuf said that Pakistan “does not expect much from the Taliban government at the moment, as there is a coordinated network using Afghan soil against Pakistani interests.”

Yusuf accused the Pakistani Taliban of “unilaterally breaking the ceasefire, but we affirm that anyone who tampers with the security of our country will deal with him with an iron hand, and we will not accept any compromise on the sovereignty of our state and our national interests.”

Regarding the steps of state agencies to confront any action against the country’s security and stability, the Pakistani advisor said that “the national plan to establish security in the country had its first nucleus in 2014 in the hands of the Prime Minister’s Adviser for Foreign Affairs, Sartaj Izzi, and it was developed during the past years, but before it was approved.” It cannot be implemented by Parliament, but state agencies have worked intensively to establish security and suppress armed organizations that tamper with the security of our country.”

The Pakistani official also stressed that the national plan “includes the economic and living security situation, and we can say that it includes all aspects of life in Pakistan.”

In the field, a person was killed and civilians were severely affected by the missile attacks of the Pakistani forces, in Sarkano district in Kunar province, eastern Afghanistan.

A spokesman for the Frontier Forces Brigade in eastern Afghanistan told local media that Pakistani forces “continue their missile attacks on Afghan territory in the province of Kunar,” stressing that “Taliban forces will not leave Pakistani attacks without a strong response.”

The Afghan official also confirmed that the new missile attacks led to the death of an Afghan citizen, and the residents of Sarkanwa district were financially affected, as their livestock was destroyed.

A resident of the district, Nour Allah, told Al-Araby Al-Jadeed that the missile attacks of the new Pakistani forces did not result in heavy casualties, but life was almost completely disrupted because of them, explaining that the Taliban forces are responding in kind to what the Pakistani forces are doing.