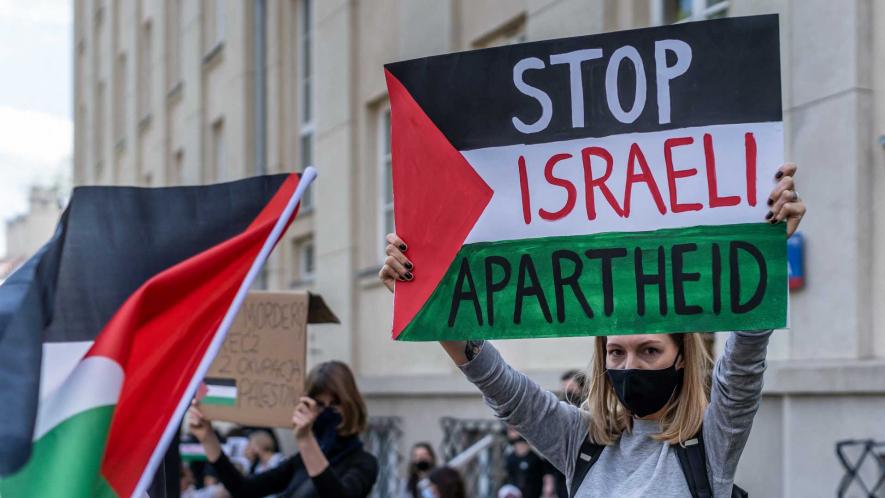 After a four-year investigation, on February 1, 2022, Amnesty International released a 280-page report with a sharp headline, “Israel’s Apartheid Against Palestinians.” Amnesty “concluded that Israel has perpetrated the international wrong of apartheid, as a human rights violation and a violation of public international law wherever it imposes this system. It has assessed that almost all of Israel’s civilian administration and military authorities, as well as governmental and quasigovernmental institutions, are involved in the enforcement of the system of apartheid against Palestinians across Israel and the OPT [Occupied Palestinian Territory] and against Palestinian refugees and their descendants outside the territory.” Amnesty further said that these acts “amount to the crime against humanity of apartheid under both the Apartheid Convention and the Rome Statute.” Israel’s Foreign Minister Yair Lapid retaliated by accusing Amnesty of quoting “lies shared by terrorist organizations.” As if on cue, Israel’s government accused Amnesty of anti-Semitism. The Amnesty report will provide key material for the UNHRC investigation.

One of the immediate issues that will be the focus of attention for the UNHRC session is Israel’s Operation Guardian of the Walls against the Palestinians in Gaza in May 2021. According to a July 2021 report by Human Rights Watch (HRW), which looked at three Israeli strikes that were part of the operation “that killed 62 Palestinians,” there were “no evident military targets in the vicinity.” In its report, HRW used the term “war crimes” to describe attacks by “Israeli forces and Palestinian armed groups.” When the firing stopped after 11 days, the UNHRC passed a resolution in late May 2021 to establish an “ongoing independent, international commission of inquiry” to investigate various crimes in the OPT, including East Jerusalem, and in Israel. Navi Pillay, the former UN high commissioner for human rights and a former South African judge, was appointed to chair the three-person commission, which also included Miloon Kothari, an Indian architect; and Chris Sidoti, an Australian human rights lawyer. The commission is expected to present its first report to the UNHRC in June.

The commission chaired by Pillay is the ninth commission established by the UNHRC to investigate Israeli actions against the Palestinians. It has a very broad mandate that includes to study violations of international humanitarian law, according to the “four Geneva Conventions of 1949,” which both Israel and Palestine are party to, and to continue to investigate these crimes into the future. It is widely expected that Pillay’s report will use the word “apartheid” to define Israeli policy in the OPT. This would not be the first time that a United Nations report has used this term to define Israeli actions against the Palestinians. In 2017, the UN Economic and Social Commission for Western Asia (ESCWA) released a report prepared by Richard Falk, “a former United Nations special rapporteur on the situation of human rights in the Palestinian territories occupied since 1967,” and Virginia Tilley, “a researcher and professor of political science at Southern Illinois University.” The report defined Israeli policy against the Palestinians as “apartheid” as understood under international law (in his 2014 report, Falk had already used the term “apartheid”). The release of that 2017 report led to the resignation of ESCWA head Rima Khalaf, a distinguished Jordanian diplomat, after she faced “pressure from the [UN] secretary-general to withdraw the report.”

In 2006, the Israeli government set up a Ministry of Strategic Affairs to essentially run two campaigns, one against Iran and the other against the Boycott, Divestment and Sanctions (BDS) movement. This hasbara (explaining or, more specifically, propaganda) ministry operated an information war that sought to delegitimize BDS activists and to paint anyone who supported the movement as an anti-Semite. Largely due to criticisms of its heavy-handedness, the Ministry of Strategic Affairs was shut down in July 2021 and some of its functions were shifted to the Ministry of Foreign Affairs. Amir Weissbrod’s telegram from the Ministry of Foreign Affairs is essentially Hasbara 2.0.

On January 23, 2022, the Israeli government set up a new project—Concert—inside the Foreign Ministry. This well-funded project will carry forward the mission of Solomon’s Sling—“a Public Benefit Corporation (PBC) but controlled by government representatives,”—to burnish Israel’s image around the world, particularly in the West. Concert will be the means through which the Israeli government plans to transfer millions of dollars to nongovernment organizations and media houses to ensure that the reporting about Israel is positive. “Delegitimization” of any critics of Israel is part of the agenda this project aims to achieve.

The telegram sent by Weissbrod is part and parcel of Hasbara 2.0. Weissbrod is an experienced hand, having served Israel at the United Nations in New York and as an ambassador in Jordan, besides working in various ministries in Tel Aviv. In 2011, he told Haaretz that the diplomats from most countries understand Israel’s position relating to the “Palestinian Authority” “behind closed doors” but they “are not willing to state publicly what they readily say in a private meeting with Israeli representatives, which is often infuriating.” What such duplicity reveals is that these foreign representatives, who agree with Israel “behind closed doors,” recognize that public opinion in their countries is against Israeli policy, but these representatives know that they must not annoy the Israelis or the U.S. diplomats, who would otherwise make life difficult for their countries. (A senior Indian diplomat told me plainly that India normalized relations with Israel in 1992 because the United States told New Delhi that the “road to Washington had to go through Tel Aviv.”)

Israel recognizes that few of the countries in the UNHRC will vote against the report that is expected to brand it as an “apartheid state.” It will try to do two things to prevent the report from coming out: delegitimize the commissioners, notably Pillay, and ask the United States to use its membership on the UNHRC to delay the release of the report.

In March 2021, Fatou Bensouda, the prosecutor of the International Criminal Court (ICC), confirmed that her office had opened an investigation relating to “Rome Statute crimes” by Israel against the Palestinians. There are effectively four Rome Statute crimes: crime of genocide, crimes against humanity, war crimes and the crime of aggression. Each of these crimes is horrendous.

What Israel fears is that a negative report in the UNHRC might provide evidence for the ICC investigation. On January 3, 2022, Israel’s Foreign Minister Yair Lapid told Israeli journalists that his government fears that this year a set of international institutions will try to portray Israel as an “apartheid state.” These institutions include the UNHRC, the ICC, the International Court of Justice, and the Committee on the Elimination of Racial Discrimination.

In the press conference, Lapid called the characterization of Israel as an apartheid state “a despicable lie.” Two years ago, in June 2020, however, one of Israel’s most respected human rights organizations—Yesh Din—published a report with a startling conclusion: “It is a difficult statement to make, but the conclusion of this opinion is that the crime against humanity of apartheid is being committed in the West Bank. The perpetrators are Israelis, and the victims are Palestinians.” Such statements are anathema to Lapid and Weissbrod, but—according to Israeli human rights groups (including B’Tselem) and Palestinian human rights groups (including Al-Haq and Addameer) as well as Amnesty International and Human Rights Watch—are a reflection of the facts witnessed on the ground, and no amount of Hasbara 2.0 can erase these facts.