China celebrates the Year of the Tiger 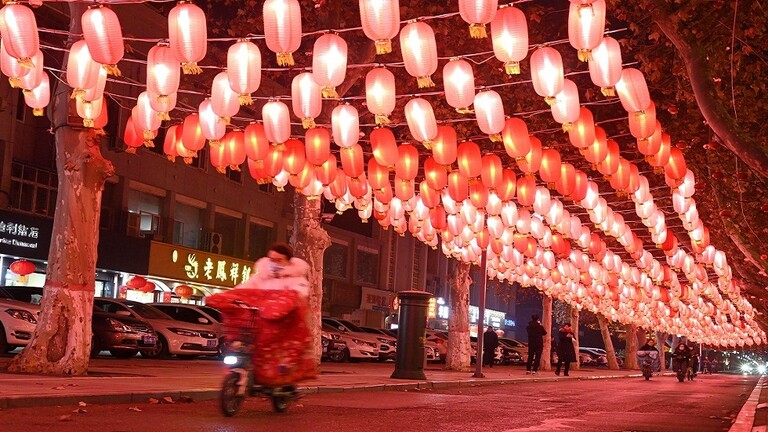 China celebrates the Lunar New Year on February 1, according to the Chinese calendar, and this year is the year of the “Tiger”, which is the third in the Chinese zodiac series of 12 animals.

The Chinese call the Chinese New Year “The Spring Festival.” although it occurs in the winter season, because it marks the end of the coldest period of winter and the beginning of spring.

The Spring Festival is the largest traditional festival in China, and people all over the country return to their hometowns to celebrate the Chinese Lunar New Year with their families.

The celebration of Spring Festival begins on the first day (the conjunction of the moon) of the first month in the Chinese calendar and ends with the Lantern Festival, which falls on the fifteenth. People celebrate the New Year through various folk activities. The red color pervades Chinese cities these days, and red lanterns decorate their streets.

The Chinese calendar is based on a twelve-year cycle, and each year in that cycle is named according to an animal sign. These signs are the Rat, Ox, Tiger, Rabbit, Dragon, Snake, Horse, Sheep, Monkey, Rooster, Dog and Pig. Each animal carries different characteristics. about the other.