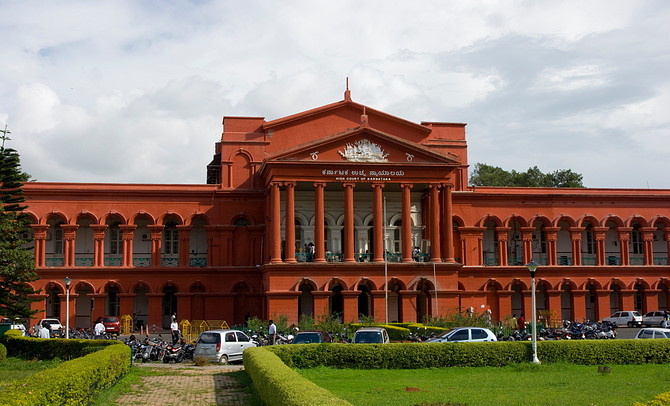 The Karnataka high court has referred petitions filed by Muslim college students who were barred entry into classrooms as they were wearing hijabs to a larger bench. The court did not provide the students interim relief.

The Karnataka high court pronounced this at the end of a two-day hearing on the petitions filed by five girls studying in a Government Pre-University College in Udupi, against the hijab restriction in their college.

Bar and Bench has reported that senior advocate Sanjay Hegde urged the court to ensure that the girl students were not deprived of their education due to the ban.

“They have only two months (of the academic year) left. Do not exclude them…we need to find a a way that no girl child is deprived of education…Today what is absolutely important is that peace comes, Constitutional fraternity returns to the college. No heavens will fall for two months..,” he said.

However, the judge said that too merited a larger bench, according to LiveLaw‘s live blog of the hearing.

“Even interim prayers merit consideration at the hands of larger bench that may be constituted by CJ in his discretion and therefore the arguments advanced on interim prayers are reproduced here,” Justice Dixit said.

Protests against the hijab have intensified in various parts of Karnataka and turned violent in some places. In some colleges, mobilised rightwing crowds heckled women wearing hijab. Tension prevailed at some educational institutions in Udupi, Shivamogga and Bagalkote, forcing police and authorities to intervene.

To tackle this, the Karnataka government has banned agitations, protests or gatherings within a 200-metre radius from school and college gates.

The Basavaraj Bommai government has declared a holiday to all high schools and colleges in the state for three days in an attempt to contain the situation.

Last week, the government had issued an order making uniforms prescribed by it or management of private institutions mandatory for its students at schools and pre-university colleges across the state.