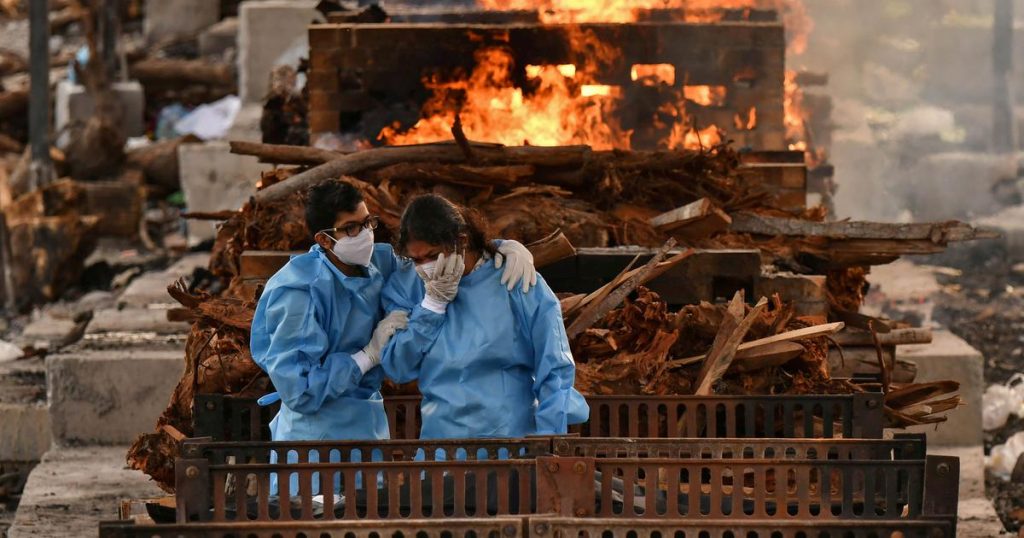 For those who have not lived through the 1947 Partition riots and the Bengal Famine of 1943, the summer of 2021 when the coronavirus tore through India was the most calamitous nation-wide tumult of our lifetimes.

It was a time of heart-wrenching suffering, helpless fear and uncertainty. Everything you needed to save the lives of loved ones was suddenly in impossibly short supply – hospital beds, oxygen, essential medicines, vaccines, intensive care units and ambulances. Black markets thrived and even the price of wood for funerals and priests’ prayers spiralled.

People died in hospital corridors or parking lots, sometimes in intensive care units, choking to death because there was no oxygen. Smoke from burning bodies clouded the skies for days on end as funeral pyres spilled out onto pavements and parks in cities and towns across the country. Anonymous bodies were lowered into crowded mass graves. Rotting bodies were washed ashore on river banks, half eaten by dogs and fish.

It was also a time of profound loneliness, a time when you died alone, your corpse was dispatched alone, you were left to mourn alone.

Then it waned, for many months, as suddenly as it started. The country re-opened and cars, buses, bicycles, motorcycles, Metro trains crammed the streets again. People returned to work. Masks and closed schools were merciless reminders that the nightmare could recur. An unspoken fear hung in the air like opaque, clammy smog on a freezing winter night.
Questions lingered: Will the tempest stir once more? Will we be struck again? Will the storm savage us even more than the last time? We were struggling for answers even as the third wave of Covid-19 had begun.

But already, political leaders claimed in Parliament and from election pulpits that there was never any oxygen shortage during the second wave, that the numbers of those who died were much lower than the apocalyptic estimates of scientists and statisticians, that we are breaking all global records in vaccinating our people, that the government had responded splendidly to protect its people.

If people had suffered a little – a little, maybe – it was the fault of the virus and of people themselves for irresponsibly letting their guard down.

After the pandemic ends – and one day it must end – as the years pass and generations move on, how will we remember its rampage, especially the turmoil, dread and loss left in the trail of the second wave? Our wounds today run so deep and spread so far. Will they fester far beyond the possibilities of healing in a single lifetime?

Will there be rage? Where will people allocate responsibility and culpability? Will they accept the official chargesheet that laid all blame on the wily virus and the people? Or will they recognise that they reaped the poisonous harvest they themselves had sowed: of electing governments spectacularly bereft of both competence and concern? Leaders who displayed no remorse, accepted no blame and made no plans to prepare the country for the next onslaught. Leaders preoccupied, even in this time of calamity, in managing optics instead of solutions, of toppling opposition state governments and winning elections, of encouraging mega-religious gatherings as long as these were of Hindus and of further stoking hate.

Will people see that they were abandoned by the state when they needed it most? Will they see that the greatest humanitarian crisis of our lifetimes was caused by leaders with a pathological lack of compassion?