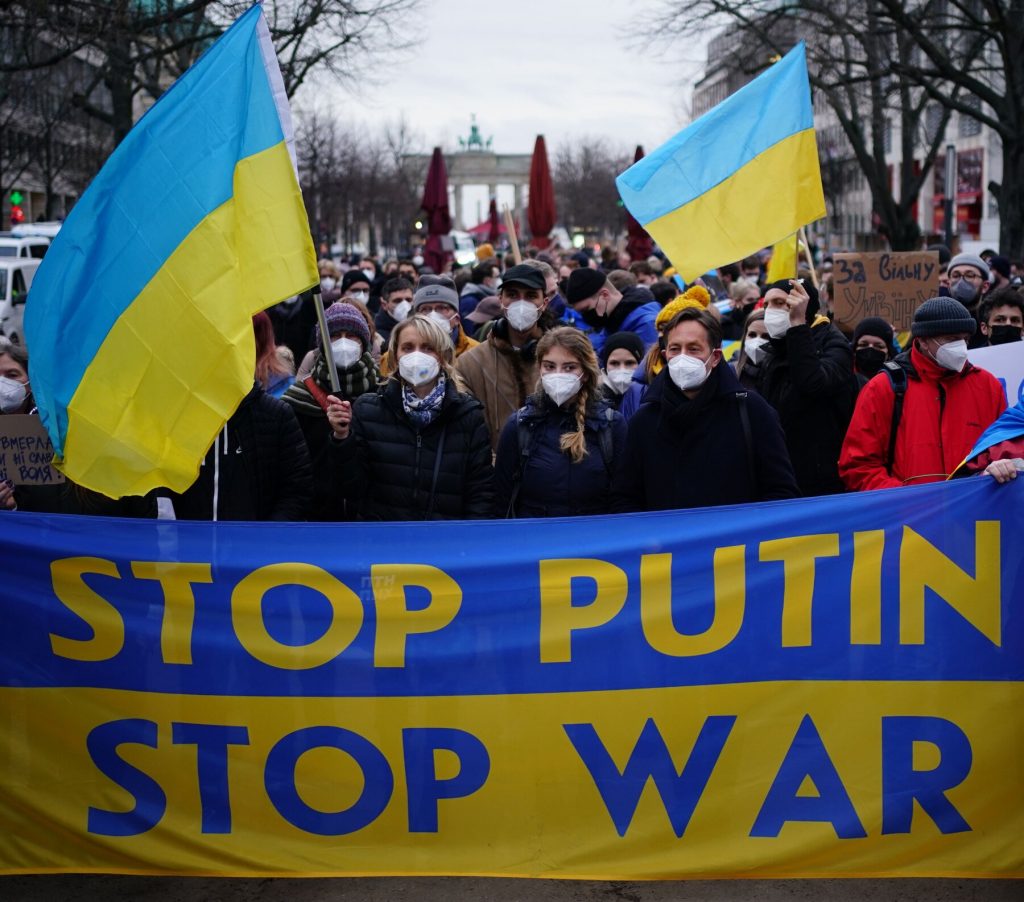 According to Reuters, France summoned the Russian ambassador last week over a cartoon on Twitter that “mocked Europe”. The cartoon which angered the French government depicted Europe as a body on a table with characters representing the US and EU jabbing needles into it. It was the French, remember, who lectured 1.5 billion Muslims on free speech in the face of the scandalous Charlie Hebdo magazine publishing offensive cartoons supposedly of the Prophet of Islam. The same government described the Russian social media post as “unacceptable” and “completely inappropriate”.

This incident is one of many that reflect the hypocrisy of the West. Indeed, amidst the tragedies of the war in Ukraine, those who have been treated as sub-humans by Western governments and media, especially Muslims and Palestinians, can now say with confidence that they feel vindicated for complaining about such double standards over many years.

For the past three centuries, Europe has been able to paint the whole world with its own brush, judging everyone according to European culture, standards and needs. In this Europeanised world, all those who follow the European model are regarded as modern and civilised, while those who maintain a modicum of self-respect and desire to live by their own standards and cultures are labelled as backward and savages; human beings still in the making. This much was evident in the mainstream Western media and comments by politicians, not all from the far right, about the situation in Ukraine.

One of the issues which was followed closely in the Middle East is how warmly Ukrainian refugees have been received by European officials and people. Refugees from other parts of the world, especially those from Syria and Iraq, have been discriminated against by those same governments, which call them backward and potential criminals and terrorists. Ukrainian refugees are highly educated and well-trained, we are told.

The absurd claim has been made that Europe is not used to such scenes of war and destruction, which are more suited to places like the Middle East. Where did most of the fighting take place during World War One? And World War Two? Do the people of Europe really have such short memories?

All of this creates a lot of bitterness in the hearts of people in the Arab world. For many years, the tragedies in the region have been caused, stoked and made worse by Western aggression stemming from a colonialist mindset that worked systematically to block any political reforms by supporting autocrats and tyrants who derive their legitimacy from foreign support rather than democratic elections.

Arabs and Muslims were not responsible for the major human tragedies in history, such as the transatlantic slave trade, colonialism, the two World Wars, the Holocaust and the use of nuclear bombs against Japan. And yet they have always been presented as inherently violent and evil. The Arab and Muslim lands are not recognised as the birthplace of major human civilisations, but as a natural battlefield for perpetual and ultimately futile wars in the interest of Western powers.

In the “war against terrorism”, it is overlooked that Muslims in the Middle East have been the main victims of terrorist acts, which many believe have been stage-managed and financed by Western intelligence agencies. It can be argued that Arab Muslims are double victims of terrorism: first when their children have been radicalised at the cost of their future, and again when the same children are taught to turn their guns on their own people and kill men, women and children indiscriminately, even in mosques and hospitals. This is not Islam, unless you believe all that you see and hear from Western politicians and media.

The arrogance of the “post-Enlightenment” West produced the vanity of Francis Fukuyama’s The End of the History and the Last Man, which is no less than late-20th century cultural Darwinism. Such thinking is not an exception; it is inherent within Western culture and media. We in the Middle East did not need the late Edward Said to tell us that, because we have been living it and dealing with its destructive consequences for the past three centuries.

The mixed feeling of sympathy and schadenfreude cannot escape the eye. Sympathy with the Ukrainian men, women and children who have lost their homes and loved ones; who share the same tragedies as so many Arabs and Muslims, such as the Palestinians, the Afghans, the Syrians, the Yemenis and the Iraqis. They are not alone. And schadenfreude for the tormenters, the usurpers and hypocritical Western policy makers. The feeling that it’s time for all those who have played the game of divide and rule with us, and encouraged aggression against us, to jump on each other’s throats as they have done many times over the centuries and leave us alone.

I am not sure where the military confrontation in Ukraine is heading. To a new world order, as many tend to think; European civil war; or a limited confrontation that will soon end with a peace of sorts imposed? My own hope is that it will be an opportunity for those who still see the world through colonialist eyes to revise their foreign policies and create an even better chance for peace in Europe and beyond.