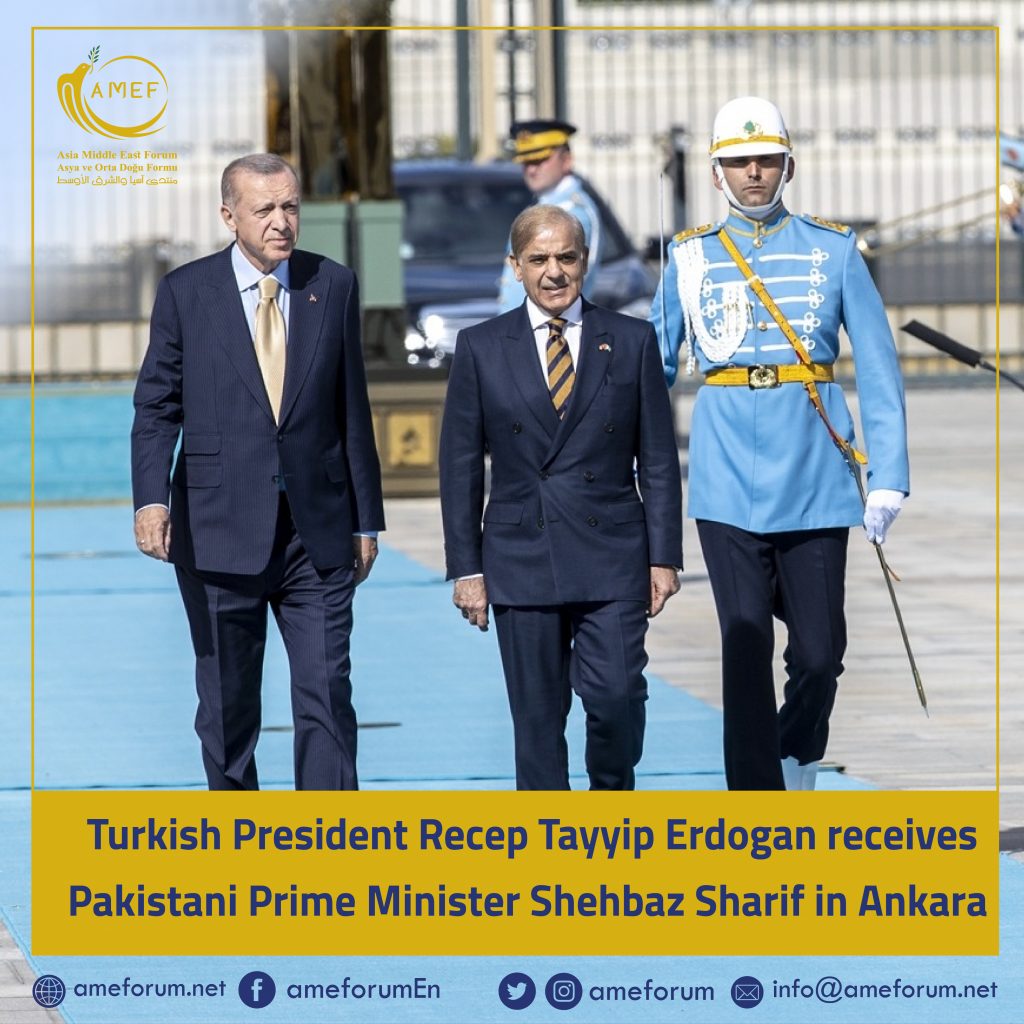 The official reception ceremony began, with the playing of the national anthems of both countries and salutations on the podium, and then each leader presented his country’s delegation to the other.